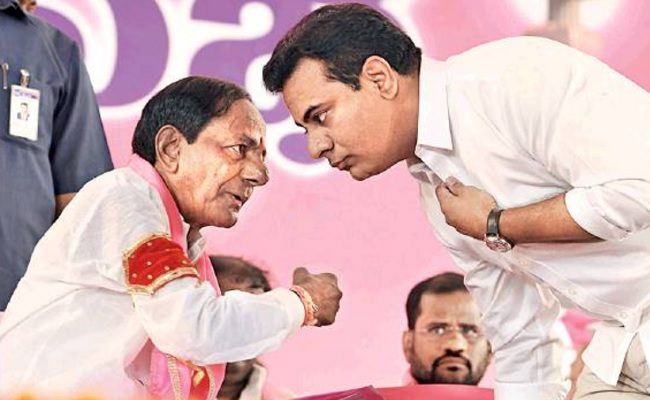 Well, at least Telangana Chief Minister K. Chandrasekhar Rao is not willing to make any mistakes that he would regret later. We are talking about his plans of coronating his son KTR as the Chief Minister of Telangana. Wait, but what? How? And when?

With a massive win in the latest Municipal Elections, Telangana Rashtra Samithi Party has regained confidence. While the strength of numbers is still there, current CM of Telangana, KCR seems to be clearing path for his son’s political future. And the talks of this possibility is what the state is talking about vigorously now.

The exact same kind of talks and assumptions were made during then Manmohan’s second term as the Prime Minister of India. Sonia wanted to make Rahul Gandhi as PM so that it would be easier for him to win next general elections directly as by then people would have already accepted him as Prime Minister figure. But somehow it did not become a reality.

Looks like KCR does not want to make the mistake of Sonia Gandhi by having overconfidence of next win. Therefore, immediately after the Corporation Election Win, KTR was given the first CM-like responsibility of handling transfers of IAS officers according to his style of rule. Almost 50 such transfers by KTR gives a huge hint at his CM dreams coming true.