Kolkata is worst effected by Cyclone Amphan than Covid-19! 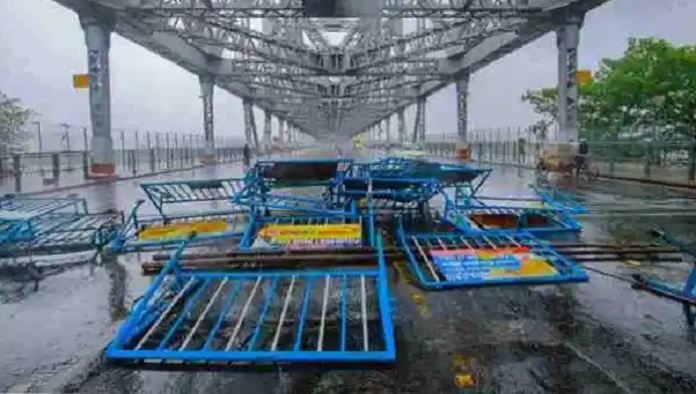 Cyclone Amphan plunged into West Bengal around 20 kilometre east of Sagar Island in the Sunderbans on Wednesday. The heavy winds rose with a galloping speed of 185 kmph, triggering torrential rain and causing devastation across the major part of the state, from deltaic regions to the urban neighbourhoods of Kolkata.

It thwarted a high surge of ocean water that is often deadly in major weather systems, which roared inland. Currently most of the area of Kolkata encompassing population of 14 million people are without electricity for 17 hours and communications have been disrupted too.

West Bengal Chief Minister Mamata Banerjee told reporters late on Wednesday that the circumstances are more perilous than the covid-19 pandemic and are finding it difficult to handle it. “Almost everything is destroyed in the coastal villages of the state.” She said.

Mamata, who was monitoring the situation from the state secretariat, stated that at least 10-12 individuals lost their lives. The three districts of South and North 24 Parganas and East Midnapore were highly devastated.

Tuhin Ghosh, director of the School of Oceanographic Studies at Jadavpur University said Kolkata is worst effected and the destruction could happen at three levels loss to life and property loss to basic infrastructure, which will take months to bounce back to normalcy, and thirdly, loss to livelihoods due to saline water increment in the water. Many embankments are inundated with water and the rivers have swelled up, which will burst in few days.

Clippings captured by residents were shared on social media that shows electricity transformers exploding in neighbourhoods as the storm catapulted into the city.

Amphan, the most severe storm in the Bay of Bengal since the Odisha super cyclone of 1999, roared inland between 3.30 pm and 5.30 pm. As per the recent reports the super cyclonic storm has reduced to cyclone.

Actor Ajay Devgn’s well acclaimed stunt from his 1991 film Phool Aur Kaante is still a hot favourite among fans even after decades. It...
Read more
Uncategorized

For a significant number of us, the unexpected demise of Irrfan came more as a misfortune at personal level, the misery just overgrown as...
Read more
Uncategorized

A big-gap: Bigg Boss Season 4 to be postponed?

The reality show Bigg Boss three seasons turned out to be the HIT, thanks to young tiger Junior NTR, Natural Star Nani and King...
Read more