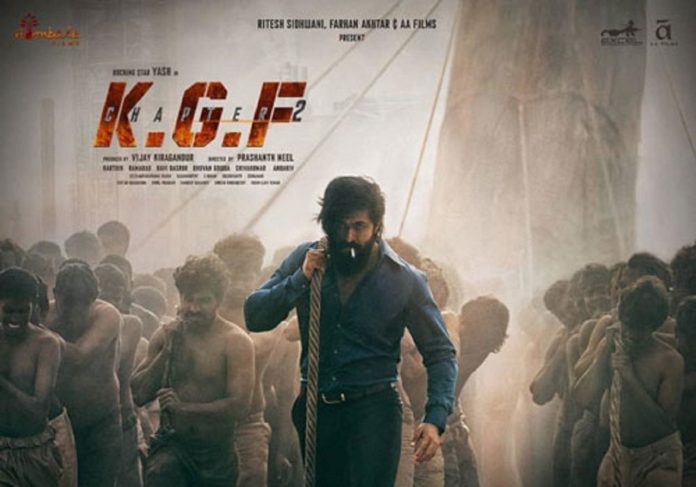 Everyone is eagerly waiting to have a glimpse of Yash’s KGF: Chapter 2 and Yash fans have been waiting for the latest information about the movie.

The latest buzz in the industry is that the makers of KGF 2 are planning to announce the teaser launch date on February 21 i.e. on the occasion of Maha Sivaratri. It may be recalled here that the teaser was initially planned to release on Yash’s birthday (January 8th) but it was postponed at the last minute.

Speculation is rife that the climax of KGF Chapter 2 will see a fight between the leading protagonists – Yash and Sanjay Dutt. Both the actors will reportedly go shirtless, for which they are honing physique for the same.

KGF 2 is eyeing a 2020 October release in multiple languages. Prashanth Neel-directorial has Srinidhi Shetty in the female lead with Ananth Nag, Malavika Avinash and many others in the cast.