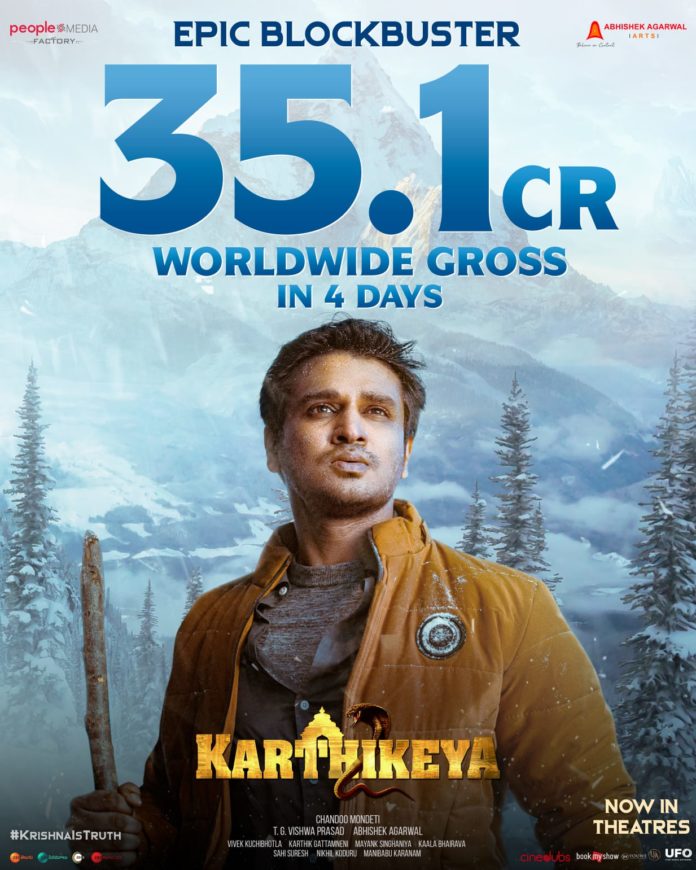 Nikhil Siddharth starrer Karthikeya 2 is enjoying a great run at the box office. The mystical adventure thriller, directed by Chandoo Mondeti, is well received by not only the Telugu audience but the Hindi audience as well.

As per reports, the movie achieved its break-even point in just three days of its release and entered the profit zone for all distributors.

Starring Anupama Parameswaran as the female lead and Anupam Kher in a key role, Karthikeya 2 is bankrolled by Abhishek Agarwal Arts and People Media Factory. It is expected that the movie will enjoy a long theatrical run in both Telugu and Hindi markets.