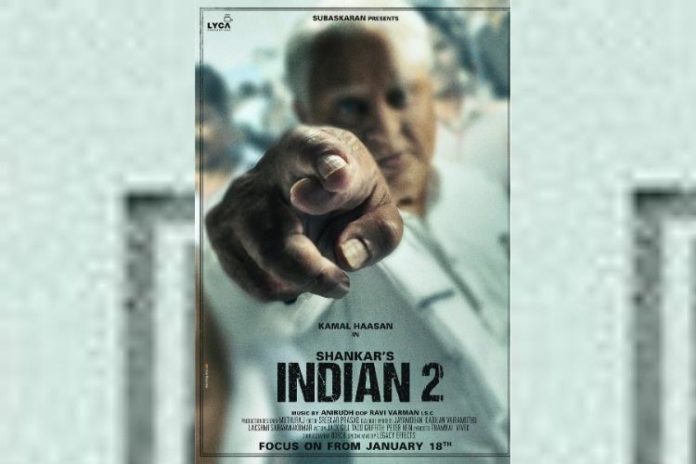 Ever since Shankar and Kamal Haasan announced their collaboration for Indian 2, fans have not been able to keep calm. For those who are waiting for a new update about this movie, this news is for you!

As per the reliable sources, we have heard the major highlight of Kamal Haasan’s Indian 2. According to the reports, the sequel will also have an epic scene like its original. Yes, sources say that an interview scene will be one of the major highlights of Indian 2.

In the original, it may be noted here that Senapathy uses Television as a medium to telecast the murder of the doctor as he is the main reason for his daughter’s death.

Produced by Lyca Productions, Indian 2 is, apparently, a sequel to the 1996 release with the same title, which featured Kamal Haasan in dual roles. Kamal Haasan will be seen in the role of Senapathy in Indian 2 and in a very old look.

Kajal Aggarwal, Rakul Preet, Siddharth, and others are a part of the star cast of this sequel. While Anirudh Ravichander scores music, Rathnavelu handles cinematography.

Indian – first part was a vigilante film that dealt with Kamal Haasan’s character’s encounter with corruption. One needs to wait and watch as to what social issue would be taken up in the sequel.