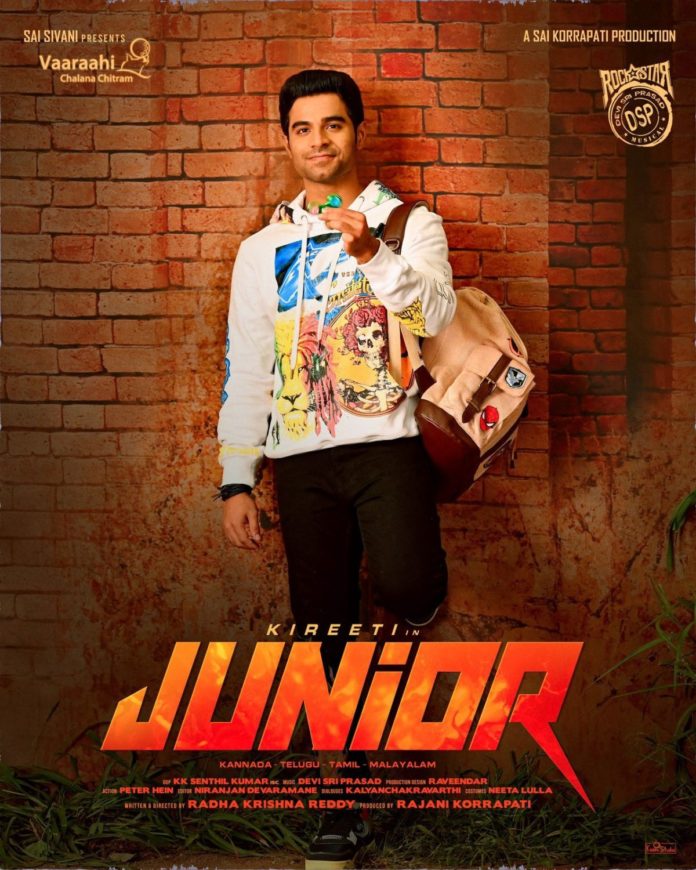 The makers previously released a glimpse to introduce Kireeti Reddy and it was meant to showcase the expertise of the young chap. He was exceptional in the video. Looked stylish, and Kireeti Reddy’s screen presence was amazing in the video.

Wishing the youngster on his birthday, they have unveiled another glimpse today to reveal the film’s title. Junior is the title of the movie and the video sees Kireeti mouthing a dialogue about the youth of this generation and the confidence that every Junior will have about future goals.

Rockstar Devi Sri Prasad has given a pleasant score for the glimpse.
Billed to be a love and family entertainer, Production No 15 of Vaaraahi Chalana Chitram features some popular actors. Sreeleela who is one of the most sought-after actresses is playing the female lead, while Genelia makes comeback with an important role. Kannada Legend Crazy Star Dr Ravichandra V will be seen in a vital role in the movie. A team of top-notch technicians is handling different crafts.