Joe Biden takes charge as the president of the United States 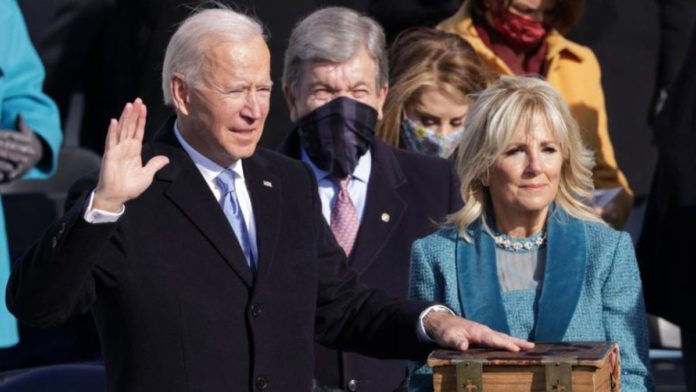 Joe Biden has taken charge as the 46th president of the United States at the Capitol today. He was accompanied by his deputy, Kamala Harris, who is the first black person, woman, and first Asian American to hold the position.

Following the recent assault on the US Capitol by Trump supporters, Biden’s swearing in ceremony was held amidst tight security.

“Democracy has prevailed. Here we stand days after a riotous mob thought they could silence the will of the people. It will not happen, not today, not tomorrow, not ever,” Biden stated.

Joe Biden, 78, is now the oldest president of the United States of America.

The previous president, Donald Trump walked out of the White House and did not attend Biden’s swearing in ceremony.

“And I just want to say goodbye, but hopefully it’s not a tong term goodbye. We’ll see each other again,” Trump said before leaving the White House for one last time.