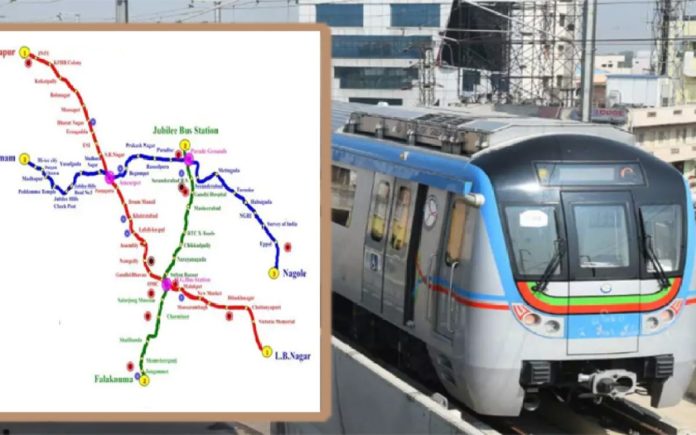 From many years Hyderabadis have been waiting for Metro trains for local commuting. When finally it did, it was not completely available to all. Phase by phase, route by route, the authorities went on launching. Now, the last route in Phase 1 was opened by KCR last week and the response was unexpected.

The route between JBS and MGBS is very packed. And a Metro was believed to be the magical solution to the traffic problems on that route. But the number of passengers that started using Metro services on this Route is astonishing even the authorities.

The MGBS – JBS route is a stretch of total 11 kilometres and has almost 7 stops enroute. While the Metro authorities have estimated 30,000 passengers per day, this Monday it had crossed 34,000 passengers. In total, all 3-corridors of Metro had seen a total of 4.47 Lakh passengers.

MGBS – JBS is corridor 3 and analysts say that the rush will gradually increase in the coming weeks.