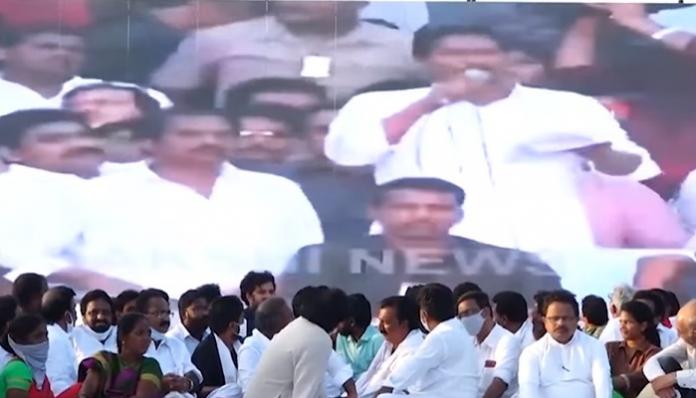 However, Janasena party leaders have started a new trend to criticize the Jagan government. The Janasena leaders telecast old videos of Jagan. It also received a huge response from the public.

During the speech of Janasena leader Nadendla Manohar, he has telecasted an old video of YS Jagan Mohan Reddy who visited the same area on the issue of the same pharma company when he was the Leader of the Opposition.

Earlier, Jagan had said that if the pharma company had been set up elsewhere, they would have welcomed it with the intention of getting jobs, but putting such pharma companies in the area where there are hatcheries and aqua industries would cause serious damage.

After showing all these video clips, Nadendla Manohar’s speech denouncing Jagan’s current stance after becoming into power was met with a huge response from the people there.

Previous article
Naga Chaitanya and Sai Pallavi’s ‘Love story’ teaser out!
Next article
Bharat Biotech refutes the death of a participant due to Covaxin