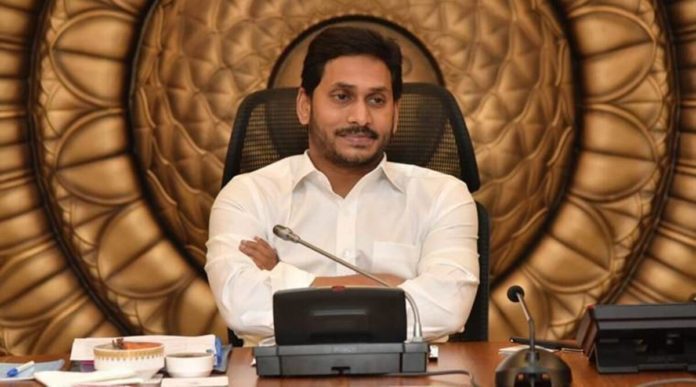 In the review meeting that took place today with Andhra Pradesh Chief Minister YS Jagan Mohan Reddy, he directed the Roads and Buildings Department officials to take up each assembly constituency as a unit and ensure that good roads are laid in the areas. He even asked them to use state of the art technology to repair roads wherever necessary, and asked them to go ahead with the Full Depth Reclamation (FDR) technology for roads in districts like Guntur, Krishna, East and West Godavari, where it is common for roads to sink, due to the soil type.

Given that Jagan has not paid any attention to the condition of roads in AP until now, since he became the CM in 2019, it is coming as a major surprise that he is now suddenly interested in repairing the roads of the state. It is to be noted that he made no comment even when the Jana Sena Party took up an entire Twitter movement against the condition of the roads.

With the general elections just a year away, it looks like Jagan is trying his best to reclaim the CM chair, and to get the adoration of the people. Consider that there has not been any development in the state all, for the five years that he has been the CM for, it is to be seen whether the people will vote for the YSRCP again or not. Fact remains that the YSRCP is not in a highly favorable position in the state, however.

Oscar Nominations in 24 Hrs: Will RRR make it?

The Academy will be announcing the final list of nominations for the Oscars 2023 in less than 24 hours from now and the expectations...
Read more
Movie News

Nandamuri Balakrishna appeared to be sharing a good rapport with his co-star in Veera Simha Reddy, Honey Rose. Now, there are reports that Honey Rose...
Read more
Movie News

Megastar Chiranjeevi's Waltair Veerayya is quite literally unstoppable at the box office as it is progressing at the rate of knots. The latest update is...
Read more

A few months ago, it was said that the accused in the murder case of YS Vivekananda Reddy were found and that they would...
Read more
Political News

The Andhra Pradesh assembly sessions for this season are likely to begin at the end of February. According to sources, the Chief Minister of...
Read more
Political News

One more statement about moving to Vizag from YSRCP

The YSRCP ministers and members are hell bent on moving to Visakhapatnam at all costs, with several sources already revealing that Chief Minister YS...
Read more
Political News

Jogaiah wants Pawan to be announced as CM candidate for 2024

A few months ago, it was said that the accused in the murder case of YS Vivekananda Reddy were found and that they would...
Read more
Movie News

Oscar Nominations in 24 Hrs: Will RRR make it?

The Academy will be announcing the final list of nominations for the Oscars 2023 in less than 24 hours from now and the expectations...
Read more
Movie News

Janasena chief Pawan Kalyan will be extensively using Varahi, a specially designed rig-like vehicle for his election campaigning in Andhra Pradesh for the 2024...
Read more