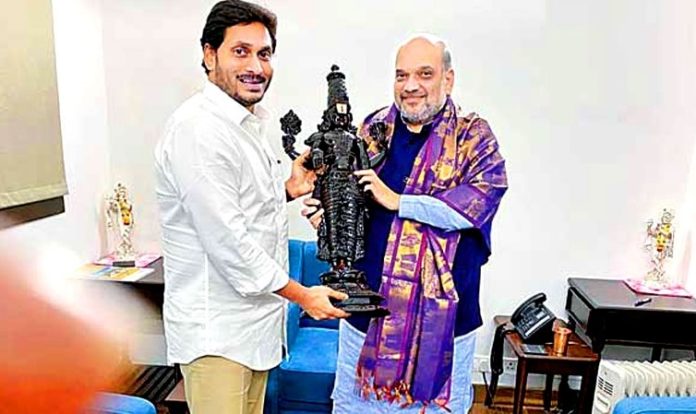 Chief Minister of Andhra Pradesh, Y.S. Jagan Mohan Reddy was set to meet various Union Ministers today and fly back home by evening. But there has been a last minute changes in his schedule. He will be meeting Central Law Minister, Ravi Shankar Prasad now and will finalize most of the aspects in line.

The important points in the agenda of this meeting will be Disha Law in Andhra Pradesh, moving High Court of Kurnool and abolishing of Municipal Legislative Council in Andhra Pradesh Government. Jagan Reddy will be requesting Ravi Shankar Prasad to approve the Disha Bill. He will also ask to give green signal to introduce Municipal Bill in the upcoming Assembly Session itself.

He may also express his need for help from Central Law Ministry in making thr Kurnool High Court shift process smoother with necessary approvals for the same. He had already discussed on the same with both Prime Minister Narendra Modi as well as Home Minister Amit Shah.

Polavaram, funds for the underdeveloped areas in certain districts of the State, Special Status, the 3-Capitals creation and pending fund releases were also a part of his discussion in those meetings. So far, Jagan’s meetings and efforts are going good.