More
Home General News Is this the animal reason for Corona Virus outbreak? 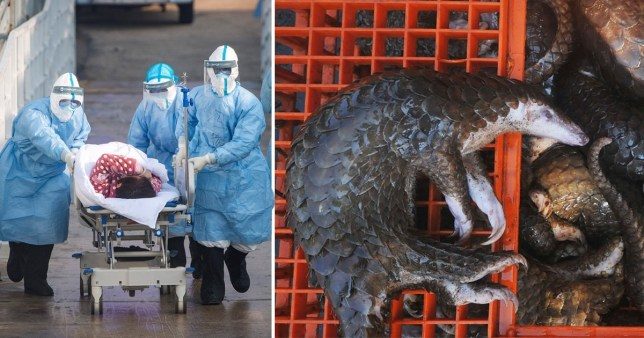 The outbreak of Coronavirus is out of control. Even before the Governments could try and understand what is happening, the death toll is ever increasing from dozens to hundreds to now thousands. And it all happened so fast that even though the international borders were shut immediately after the first case, still the virus succeeded in crossing over to 20 countries already.
Initially there were rumours that this was all a plan of China. That it planned this attack as a part of its Biological warfare on the world. But we should understand that China is most affected of all with these deaths. So it should make sense that there could be more reasons to this than what meets the eye.
Almost 34,546 patients have already been reported positive for this deadly disease and almost 722 have died within this week. While all Air Transport services are stopped to and from China, the country is upset that this is against the rules of WHO.
Nevertheless, people were told that the spread of this started from Snakes and Bats and not a human created virus. But a study says that is all because of Pangolin. Almost 99% of Pangolin samples are matching with Coronavirus patient’s samples out of 1000 animals tested. The next closest sample is of a Bat with 96% matching. China as well as other few nations eat Pangolins and Bats.