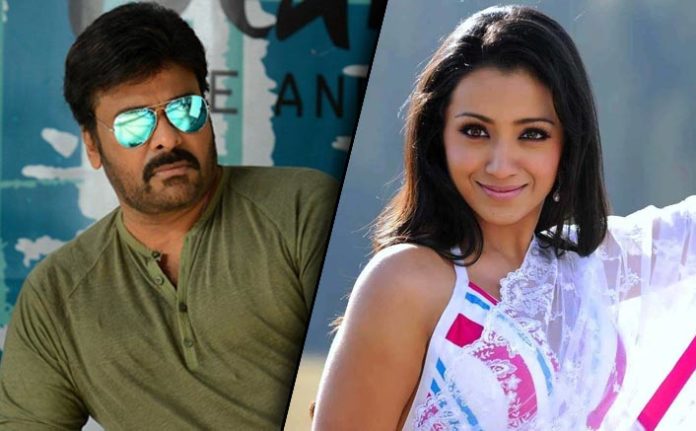 The fans and film audience are very excited about Megastar Chiranjeevi’s 152 film as this movie brings back Chiru back on the big screen after his magnum opus Sye Raa Narasimha Reddy.

Earlier, there was a strong buzz that the makers of this film are considering Nayanthara and Anushka to play the female lead opposite Chiranjeevi.

Now, a source close to the film says that the makers are hoping to get actress Trisha on board for the film. It is heard that she is ready to take up the project and as she is in vacation, she has taken all the details about the film via a call.

Buzz is that, Trisha will sign on the dotted lines after completing her vacation and the makers will announce her name officially.

It may be recalled here that Chiranjeevi and Trisha had previously shared screen space in Stalin. The shooting of this movie will commence soon and it will be produced jointly by Ram Charan and Niranjan Reddy.