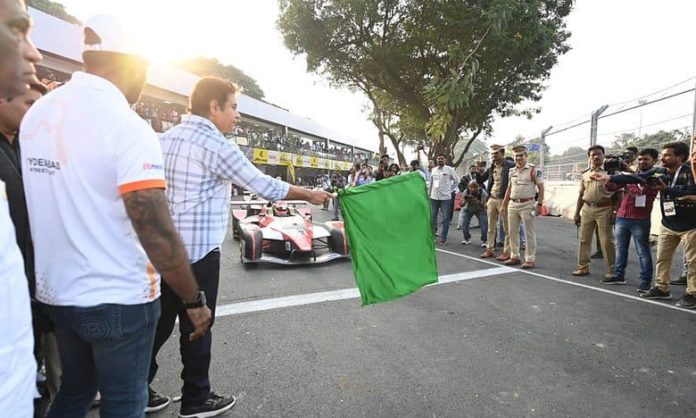 The HMDA, in association with the IRL, is organizing a trial run on the track to test its readiness, as a precursor to the Formula E race.

This was flagged off by Telangana’s MA and UD Minister KTR, on Saturday, on the banks of the Hussain Sagar Lake. Minister KTR took to social media to announce the same, and the TRS party’s official page on Twitter also reported about the same on Saturday.

The HMDA said that this race is equal to the Formula-3 races, which are a single-seater motor racing championships where the drivers compete in single-seater cars built by Italian constructor Wolf Racing, using Aprilia engines.

The HMDA also clarified that the same tracks will be used for Formula E races next year, and the trial races this weekend will help the readiness of the tracks for future races.