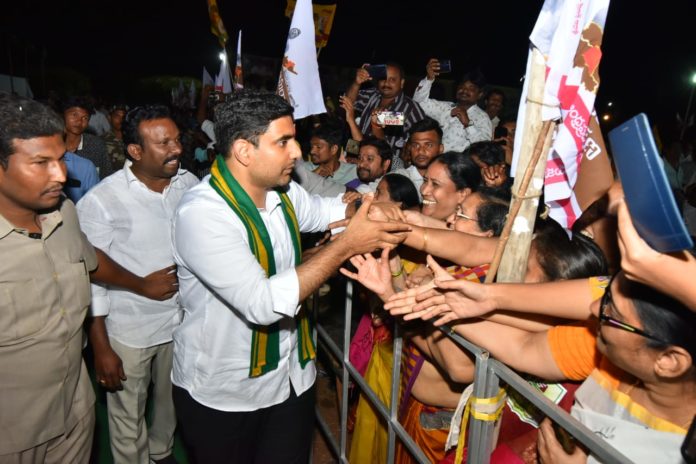 After Rahul Gandhi in the Congress, it was Nara Lokesh alone who had gained the credibility to be compared to an immature politician who was forced into politics without much preparation. In both the cases, candidates lost their Elections when contesting direct General Elections. Both of them have earned the fame of talking without much factual logic behind them.

Once again Lokesh had been in the headlines with another such statement. He said that if anybody asks them what is their religion or caste, they must start saying that they are Andhra Pradesh. This should be the motto from everyone in the State from now onwards is what he urged the audience to follow.

He added that YCP is deceiving people of Andhra Pradesh by saying that Amaravati will submerge if there are any potential floods in the future. He had expressed these concerns during the latest gathering in Mangalagiri on “Our Amaravati – Our Capital” on Tuesday.

He also expressed his contempt for the actions of Government on the women who participated in the protests. At least the farmers who have protested for 49 days should have been respected and could rethink of this disastrous Capital shift was his major concern. Especially these statements coming from a party like TDP which banks solely on Caste Votes is hilarious.