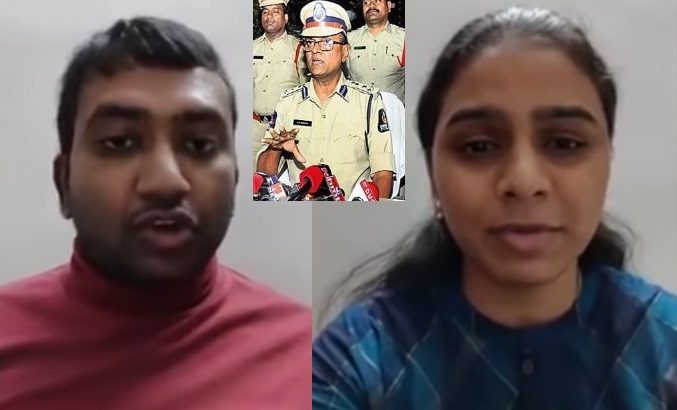 For the past two to three days, a video has been in wide circulation in the social media showing a couple blaming Banjara Hills police for alleged sexual harassment.

Pravija blamed that all the policemen of Banjara Hills station sexually assaulted her when she tried to reach out them for a petition. She also added that they hit her husband by locking them in a room. The woman’s husband Suresh made similar allegations on police and sought public support.

As the video has been on the trending list for the past few hours, Banjara Hills police responded to it by denying all the allegations of the couple. They said that the couple is making fake allegations only to defame police.

DCP AR Srinivas has revealed that Atloori Suresh has civil disturbances with a person named Vasudeva Varma. As Suresh is indebted Rs. 4.70 lakh to Varma, the former resorted to threaten latter. In this attempt, Suresh also went against Police due to which the latter took the couple into remand on 8th of this month. They also clarified that they even have videos showing the couple behaving in an odd manner with police.

The police further revealed that the Jubilee Hills police already filed a case when the couple behaved in the similar manner in the past. The DCP challenged the couple to show proofs or else asked to face the consequences. It should be seen whether couple would come up with any proofs as claimed in the video.

Meanwhile, the netizens who lashed out at police after watching the couple’s video are now in dilemma after police clarification.