Hollywood superstar is a huge fan of RRR 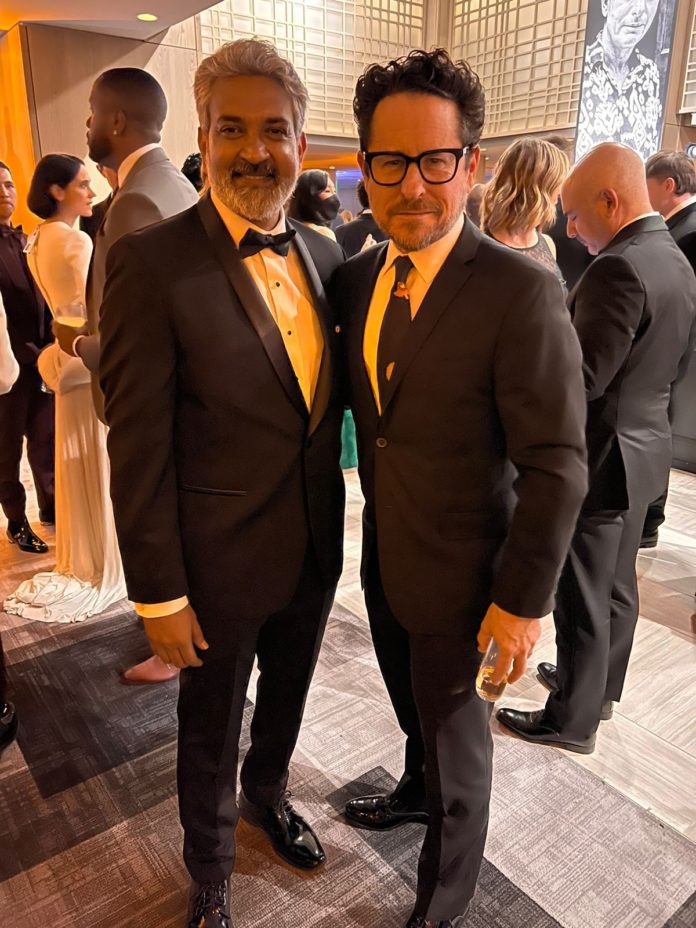 Hollywood superstar director JJ Abrams popular for his work for many box office blockbusters like Star Wars, Mission Impossible and others has turned a huge fan of RRR. The same was confirmed by RRR’s social media handle a short while ago.

“The director of Star Wars, Mission Impossible and many other remarkable hollywood movies, JJ Abrams said that he is a 𝙃𝙐𝙂𝙀 𝙁𝘼𝙉 𝙤𝙛 #𝙍𝙍𝙍.

Abrams met Rajamouli at the Governor’s Awards event that was held in Los Angeles last night. The event was a gala affair and Rajamouli met several high profile celebs there.