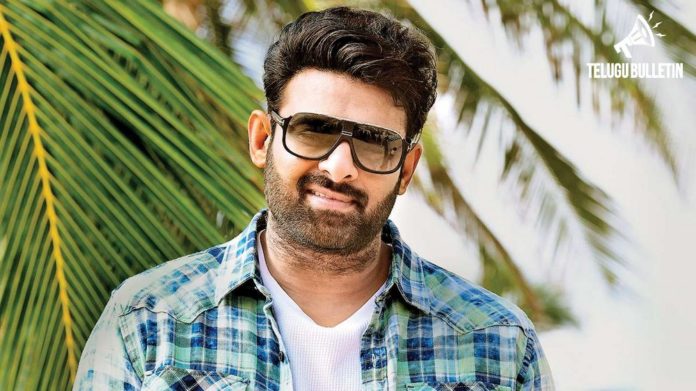 Though Young rebel Star Prabhas’ Saaho received the negative word of mouth from the critics as well as by the audience, the film managed to rule the box office in Bollywood.

However, there were many speculations that Prabhas’ Jaan many not have Hindi release this time as Jaan is not an action film. It is even heard that Prabhas planned to totally focus on his core Telugu audience. However, there is no truth to this.

According to reports, Prabhas doesn’t want to lose the trust of his Telugu audience for the sake of wider reach in the Hindi market, but planned to release Jaan is also releasing in Hindi.

A source close to Prabhas said that “Saaho collected Rs 150cr+ only in Hindi, which is one of the biggest grosser and his next is coming as multilingual including Hindi.” The makers of Jaan are yet to make an official announcement on the same.

Jaan, which is being directed by Radha Krishna, stars Pooja Hegde as the female lead and the shooting of the film will go on floors from November 18th.

Jaan is going to be a romantic drama and the major part of the film’s shoot will take place in Europe. The music of the film will be composed by Amit Trivedi.