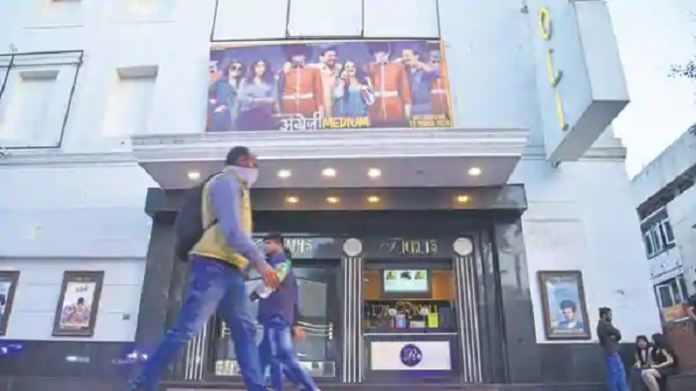 A controversy erupted in Chennai, Surya is facing the heat from theatre owners because he decided to release his wife’s film on OTT. It is the producers money and he faces the highest risk.

There is no one going to come to his rescue if he faces loss. It is like any other business. The producer has every right to sell it in which every form he wants to. This is not a communist driven business. Each of us is individualistic and we are trying to fend for ourselves.

In current scenario even if the lock down is lifted, assuming the film is released in theatre does the distributor guarantee the producer all the money invested plus a little profit?

To come back to theatre we are looking at six months and one year. Business like others keep changing and it should adapt. The same logic should apply to television industry as well, did the small tube employees threaten OTT guys that they will commit suicide if films are sold to them instead of television?

The theatre owners and distributors, exhibitors have no right to tell how to do the business. This is reality. Less than 5 or 6 crore film makes more sense to go to OTT. We can’t say that just because Pelli Chupulu worked big time, all films will mint money, It is one out of a 100 case.

Here in the Telugu States, there is a conflict of interest. In Chennai it is a mafia, There is a clear division i.e there is producer, distributor and exhibitor. Here producers own theatres. It’s a catch 22 situation here. Like how music business consolidated, movie business too will consolidate.

People wrote of music studios, they wondered about its future as digital set in. But now music is making more money than before and it is thriving. They are doing phenomenally well.

Who is reading newspapers today? They can’t threaten that you can’t put news on the net. This change has been pushed on us by Corona. It has also been pushed on on tier2 and 3 cities and the gradual way of how we consume entertainment is shifting.

Top brackets here are well protected, most of them don’t treat it as mainstream livelihood business but now there might be a pinch on their pockets because it will affect the theatres.

Our remunerations are 70 percent and making of the film costs us 30 percent. Now there will be a change and that may be not a great sacrifice. The web will revolutionise cast. Cast cannot be thrust on audience. Number of artistes and technicians will be pushing like how in the last few decades how certain stars and actors have been pushed on the audience.

Earlier we didn’t have choice. Even if his flopped, they would make hundreds of films and compel us indirectly to see it. Now we don’t need to see a star’s brother in the theatre just because he is related to him.

Now no one is the boss. OTT never works on cast, not distribution also. All small budget films are now perfect OTT films. We are on the threshold on adapting to OTT and making money.

Amazon Prime is being downloaded by a villager too on his phone. In a month when he is getting to see Sarileru, he doesn’t mind sending 1000 bucks in a year as an investment to watch all films releasing on it. Our consumption of digital will be high than anyone else.

Unlike the west, movies is a social thing. Like how football is for Americans, we can’t imagine our lives not going to theatre. What will change is…what the audience will decide what to watch and what not to watch in theatre. To demarcate between a theatrical film or a non theatrical film. That way he saves money and time.

Because of so much time on hands, people have got into the habit and has become an addiction. This will go on for a year at least but overall this correction will definitely happen. Audience will not go to every film that releases in the theatre henceforth. (Continued)

Share
Facebook
Twitter
WhatsApp
Previous articleLocals at Howrah pelted stones on the police men
Next articlePlasma therapy could be dangerous and is not yet approved, says centre