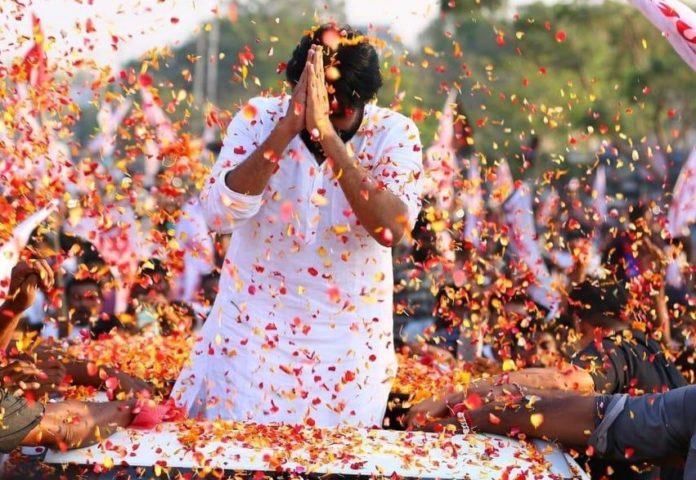 Just a few hours left for the birthday of Pawan Kalyan and the fans have already started the celebrations all over the Telugu states, several parts of the country and also in few places outside India too.

Just within 37 minutes, #HappyBirthdayPawanKalyan hashtag has started trending on nationwide Twitter, that too on the first position, with over a million tweets and the count is witnessing some magical figures, almost every minute. The fans targeted to make it 10 million by tomorrow.

It is a trend for Pawan fans on the social media, to reveal the love in such a manner, that no one else can. They still own the record of making the highest number of tweets on his birthday. None of the hero fans could break it for a year. Now, the Janasainiks target to reach 10 million tweets is much bigger and almost impossible for any other fans to reach it in the near future.

In spite of the series of debacles for 10 years, fans stood by Pawan and believed in him that he would come back one day with a bang. As expected, he bounced back with Gabbar Singh, which was a massive blockbuster then. In the similar manner, he faced a humiliating defeat in the recent elections. But the Janasainiks are extremely strong and stood by him, believing that he would become the Chief Minister of Andhra Pradesh one day.

For the kind of emotions he exhibits in the public meetings and the genuine concern he has towards the public issues, no doubt, Pawan Kalyan is going be one of the finest leaders in the history of AP politics.