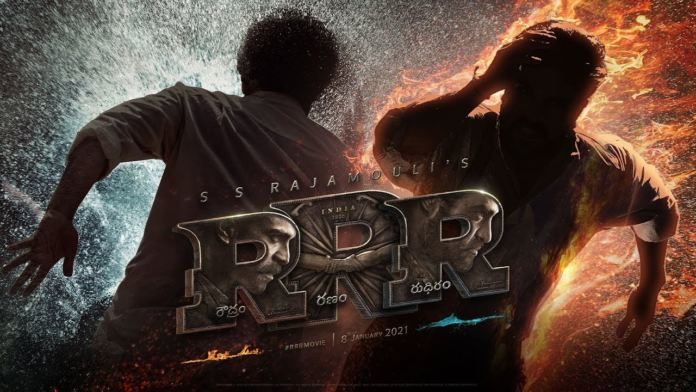 The craze for the most-anticipated film RRR is on different level and madness amongst fans of Ram Charan and NTR is immeasurable. And there was quite a buzz over the title of #RRR since the day the movie was announced in 2018. However, now on the eve of Ugadi, the makers of RRR just unveiled the film’s title Roudram Ranam Rudiram along with the motion poster.

And we’re short of words to describe the awesomeness of fierce title and motion poster. One being, it adheres to the story line, secondly, the title appeals to common people countrywide, as this is a pan India movie releasing in 10 Indian Languages, hence the title can remain unchanged or minimally changed for other languages.

The makers of RRR DVV Entertainments officially released the title and motion poster on all social media platforms. Their tweet reads,

“When the powers of opposing forces like fire and water come together, intense energy is what you’ll have!”

This period drama also stars Bollywood actress Alia Bhatt as one of the leading ladies. Ajay Devgn too would be seen playing a crucial role while Tamil actor-filmmaker Samuthirakani has been signed for a key role in RRR. Slated to be released on January 8th, 2020, RRR will have a multi-lingual release and will be one of the biggest films of the year.

Set in late 1800s and early 1920s, RRR will have Jr NTR playing a rebellious character called Komaram Bheem who fought the Nizam rulers for the rights of the Adivasis living in the forests of Telangana. Ram Charan will be seen playing Alluri Sitaramaraju who fought the Britishers in the pre-Independence era.

When the powers of opposing forces like fire and water come together, intense energy is what you'll have!