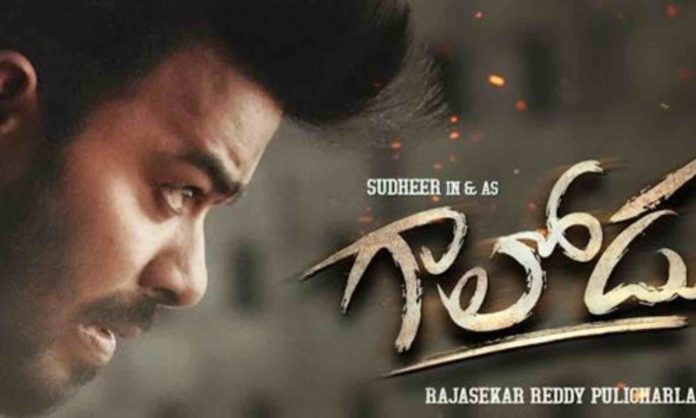 Jabardast fame Sudigali Sudheer gained a good following with his comedy timing and his overall personality on the small screen. He even made his debut as a leading man with Software Sudheer a few years ago, and now, his second film as a leading man, Gaalodu, was released today. Let’s see how the film has turned out to be.

Gaalodu is about Raju, a village guy, who goes to the city after he is accused of a murder. In the city, he works as a driver for Shukla and falls in love with her. However, he is soon arrested for the alleged murder, and the rest of the story is about how Raju proves that he’s innocent.

Without doubt, Sudheer is the scene stealer of the movie. While his comedy timing is ultimate, he is also pretty good when it comes to action sequences, and dramatic scenes, and his dancing skills were also highly impressive.

Leading lady Gehna Sippi is also good enough in her role. She looks good and does her best in whatever she’s been given.

Shakalaka Shankar and Saptagiri provide good humour, and their combination scenes with Sudheer are some of the major highlights of the film. The rest of the supporting cast in good in their roles.

The director hasn’t chosen an out of the box story for the film, and Gaalodu is pretty much a run off the mill story. The story is quite stale when compared to the films that have been coming out of late, and offers nothing new. The screenplay is boring and the movie lags a lot. This is something the director could have worked on a lot better.

The cinematography is good, and so is the production design of the film. The background music is good enough, and songs are just okay. The editing could have been so much better.

Verdict: Gaalodu is entertaining in pieces, with Sudheer being the main asset of the film. Apart from that, there’s nothing new that the film has to offer to the audience. At best, the film can be watched once. The movie is strictly for Sudheer’s fans.