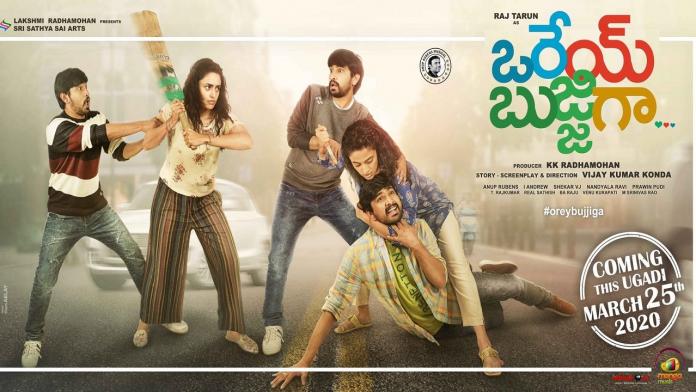 Not only with all the flops, but he is also constantly making headlines for all wrong reasons. He even turned out as a flop actor in TFI. As there are no chances for him, this young actor has taken a salary per month instead of remunerations for a film. Can you guess the actor’s name now?

Well, he is Raj Tarun. He is going in such a low phase but it seems he decided to make some noise with his next film. As per the reports, Raj Tarun decided to release his film Orey Bujjigaa on March 25th along with Nani & Sudheer Babu’s multi-starrer V.

It is yet to be seen who will watch Raj Tarun’s film when Nani’s movie hits the screens.