Natural Star Nani’s Gang Leader is all set to hit the screens on September 13th. It is expected to be an ultimate comedy, revenge drama for the audience. Directed by Vikram K Kumar, Gang Leader has managed to create the much-needed hype among the moviegoers.

Also, this is Nani’s next film right after hit movie Jersey, and it is expected to set several records at the worldwide box office.

According to the reports, the Nani and Shraddha Srinath starrer (Jersey) has earned Rs 20.10 crore from the sale of its theatrical rights for Andhra Pradesh and Telangana (AP/TS), Rs 2.50 crore from Karnataka and other parts of India and Rs 4 crore its international rights.

Jersey has fetched a total of Rs 26.60 crore for its producers from the sale of its distribution rights.

Here is the area-wise break up of Gang Leader Total WW Pre-Release Business:

Now, it is clear that Gang Leader has fetched Rs 3.4 Crore higher than Nani’s previous movie Jersey for its theatrical rights.

This showcases that Nani’s Gang Leader falls into Hit category for its total WW Pre-release business.

When it comes to first day box office collections, Jersey had collected Rs 6.8 Crore (Share), which is a good start to a movie.

If early predictions are to be considered, Gang Leader is expected to collect Rs 7-8 Crore on its first day worldwide.

Trade analysts are predicting that there will be good opening for Gang Leader in the overseas market considering Nani’s films have always done well in the overseas.

Jersey had collected Rs 1.45 Cr in USA on its first day and Gang Leader is expected to mint Rs 2 Crore to break Jersey records on Day 1 in USA. 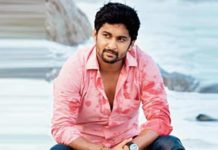 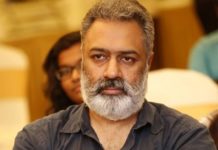