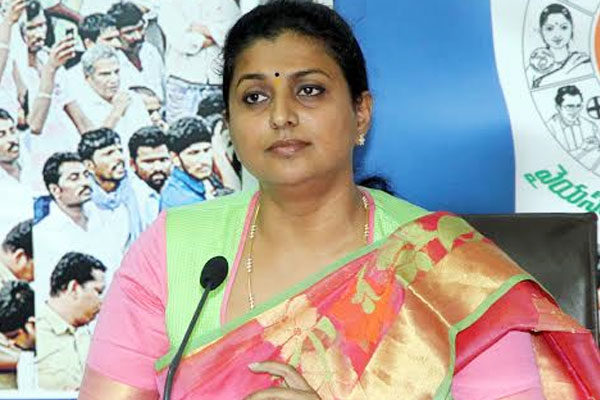 Actor turned Politician Roja is a well known name in both the Telugu States. She has been a vigorous campaigner in all Elections from past many decades. Her Political journey started from TDP and is peaking now in YCP.

For some reasons unknown, Roja could not win even single election earlier. It was no fault in her efforts or dedication. She always gave her best. But unfortunately for her, she just could not make it. This bitterness had her blame the party she worked for, the TDP and its leader Chandra Babu Naidu. And she parted ways with them.

Then she was given importance in Congress Party under the leadership of Dr.Y.S.Rajasekhar Reddy. Therefore, even after his demise, she stood loyal by the side of Jagan and worked hard for his victory. And Jagan too in return had not forgotten her loyalties and had given what she deserved all the way.

Now with the latest Cabinet reshuffling in the State, there are two ministerial posts vacant into which Jagan wishes to pull in his loyal followers. Roja’s name topped the list according to the sources and all her fans release a huge sigh of relief and gratitude.