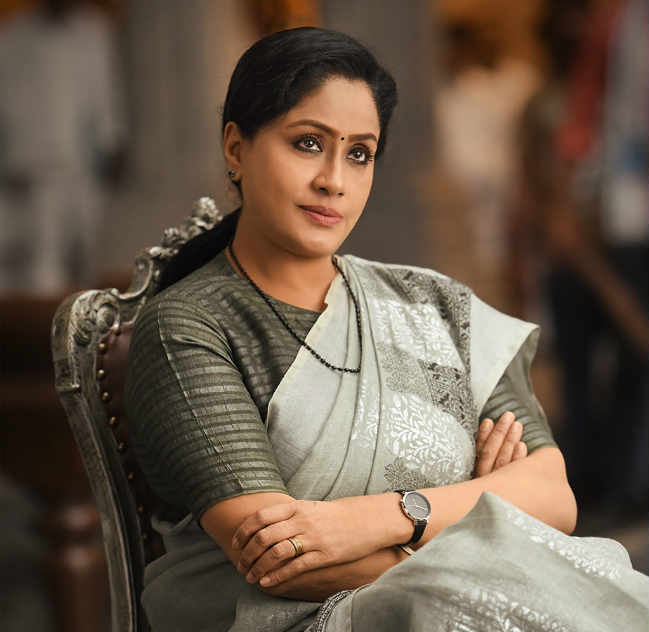 Roja Ramani dubs for Vijaya Shanti. She had been doing before and she does it even now. Vijaya Shanti has a commanding and a strong voice, but wonder why the directors prefer Roja Ramani’s voice for her. They continued this trend for Sarileru Neekevvaru too.

Take a look at the video of the prerelease event of the film when the actress spoke alongside Chiranjeevi. It was very engaging and full of clarity. Hope her fans convince her to dub for herself. Recently even Tabu who would get her voice dubbed, spoke on her own for Ala Vaikuntapuramlo.

Trivikram Srinivas is very particular about these things and encourages artistes to dub for themselves. Being a Hyderabadi, speaking Telugu might not be a big deal for Tabu but she still has to get her dialect right. For “Aadollu (women) she pronounced it as Aadalu in the climax” which was quite an embarrassment.