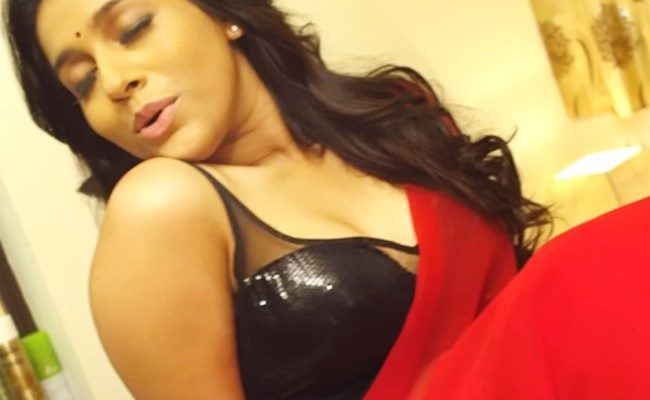 Hot Lady Rashmi Gautham is known for her anchoring on small screen and some popular films such as Guntur Talkies, Balapam Patti Bhama Odilo, and Next Nuvve.

She got full craze and won the hearts of youngsters with her bold acting, glamour and performance skills in ‘Guntur Talkies’.

After proving her mettle as an actress, Rashmi Gautham is all set to branch out to another creative platform, the OTT and streaming media platforms.

We had earlier reported that she would be soon seen in the digital screen with a web series.

Directed by Sekhar Suri of A Film by Aravind fame, this web series is made in a gangster backdrop. Rashmi Gautham will be seen as a leading lady and actor Satya Dev will play the lead role.

The twist in the tale is that Rashmi Gautham will surprise everyone with her bold act in this digital platform series. It is heard that she will appear in bold content that no one with stardom in Telugu did.

Going into the details, Rashmi Gautham will be reportedly do skin show in this series and she starred in intense lip lock and love making scenes.

Another shocking news is that the kissing and intimate scenes with hero Satya Dev are predictable, but as per the story, there will be some bold lesbian love making scenes also in this web series.

It is heard that Rashmi will make youth to go mad in those scenes. A Mumbai based actress will be seen as a lesbian partner for Rashmi in this series.

In this web series, there will be 15 to 20 minutes of lovemaking and bold scenes of Rashmi Gautham. Sources say that the romantic scenes are made in the range of Bollywood and Rashmi Gautham has also given her nod as she liked the script very much.