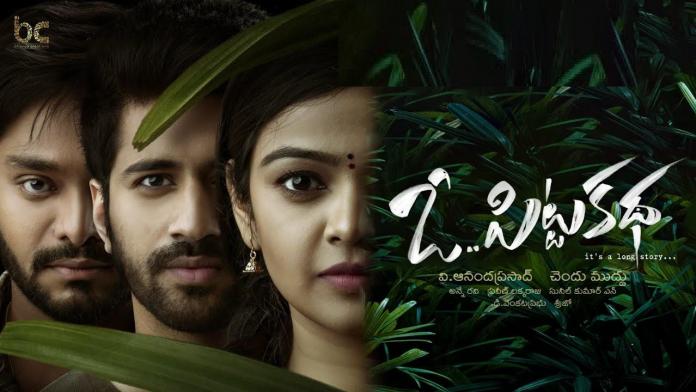 O Pitta Katha will be releasing on March 6. The poster design is very interesting, it depicts the things the characters use according to their social strata they belong to. Prabhu, Krish and Venkatalaxmi are the three characters.

Prabhu is Sanjay Kumar (Brahmaji’s son), he uses Reebok shows as he is posh and visits Starbucks. Venkatalaxmi is a traditional character so she wears a slipper and uses a coffee tumbler to drink coffee. Krish is a middle class guy and so he wears an ordinary hawai chappal.

Krish’s role is being played by Vishwanth. Chandu had done one film earlier but it didn’t receive publicity but now this will be his first big film.

Brahmaji is tense as this is his son’s debut film and he is using all his clout and influence to seek media support. He is calling each journalist and is telling them to encourage his son.