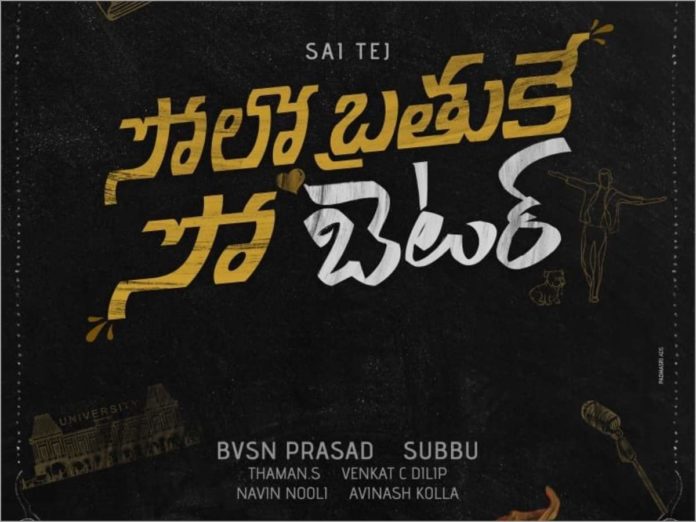 Supreme hero Sai Dharam Tej’s ‘Solo Brathuke So Better’ has completed one schedule. The next will begin from tomorrow that is 17th onwards and will go on till 20th January in Vizag. With this 80 percent of the film will be completed.

There is another schedule that will be shot in Bangalore which will last for five days. The team is keen on wrapping up the film fast as Sai Dharam Tej has to join the sets of Deva Katta soon and Nabha Natesh will be moving to Sriwass’s film starring Bellamkonda Suresh.