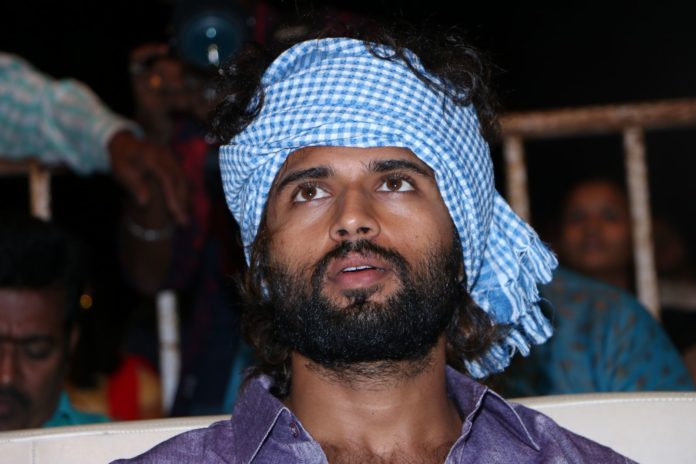 Forty eight hours before the release of World Famous Lover, the movie landed in release problems even while the pre-release event was going on at Vizag. The issue was resolved after some time.

It must be noted that Chadsalavada Srinivasa Rao got the rights outright and then took back the money giving rise to doubts ad speculations that all is not well with the story of WFL.

Though the music director and cinematographer got busy with their regular assignments and never came to any of the promotional programs, Vijay took over the mantle of promoting the film all by himself.

Even the director hardly spoke a few words for one of the events. The technicians feel when Vijay is on the stage there is no scope for others to get publicity because he talks non-stop..to his fans and hogs the entire time and show.

Now last night at Vizag, Vijay said he doesn’t know how the film will fare but the performances will be fantastic. This is the wrong publicity.

There has not been a single moment where he said confidently to the public that the film will rock or it is going to be good. And by the way, there was no producer present at the Vizag event.