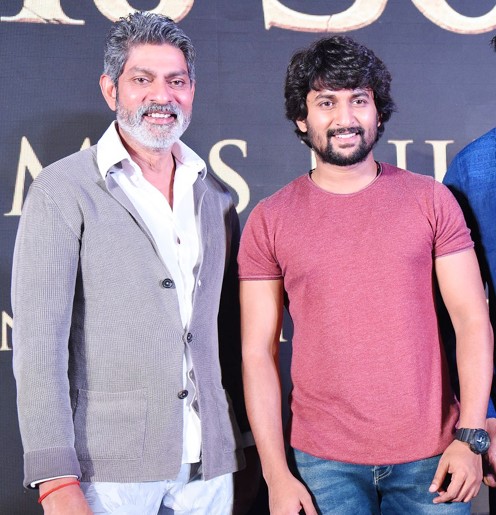 Natural Star Nani’s next film titled ‘Tuck Jagadish’ with Shiva Nirvana has been announced recently. As Nani and Shiva Nirvana are collaborating for the second time after Ninnu Kori, there is too much excitement among the moviegoers to know what’s next in the store.

Announcing the title, the makers have released the poster of Tuck Jagadish showing a glimpse of Nani in a rural backdrop dotted with mind mills and paddy fields. With this, the audience are expecting that Tuck Jagadish will have an interesting storyline.

Now, we have exclusively found that this movie will ensemble a star cast. Yes, in Tuck Jagadish, actor Naresh and Rao Ramesh play Nani’s brothers-in-law (Sister’s husbands) and it is reportedly heard that the scenes between them will tickle the funny bone of audience.

Also, veteran actor Jagapathi Babu will be seen as Nani’s elder brother in this movie. A source close to the unit said that the film is a family drama where Nani plays the brother of six siblings.

Ritu Varma and Aishwarya Rajesh will play the leading ladies in this movie. The film will have music by S S Thaman and cinematographer Prasad Murella is on board for the project.