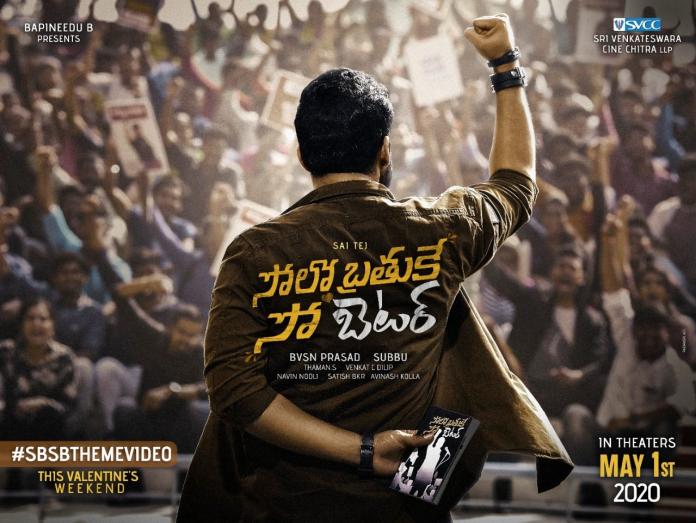 ‘Solo Bathuke So Betteru’ is heading towards a finish. There is only one schedule left and that will take place in Vishakapatnam. Sai Dharam Tej has been given a deadline to finish the film by and before March 25th as he has to move to Deva Katta’s movie to be produced by Bhagwan – Pulla Rao.

Solo Bathuke is finishing soon in the stipulated 60 days’ time and the director had shown immense clarity in his work. They could reach the target n time as they were shooting 15 to 16 hours at a stretch. The next and last schedule is in March.

Nabha Natesh will be moving to Bellamkonda Sai Sreenivas film. Subbu is the director of Solo Bathuke and Venkat C Dileep is the cinematographer