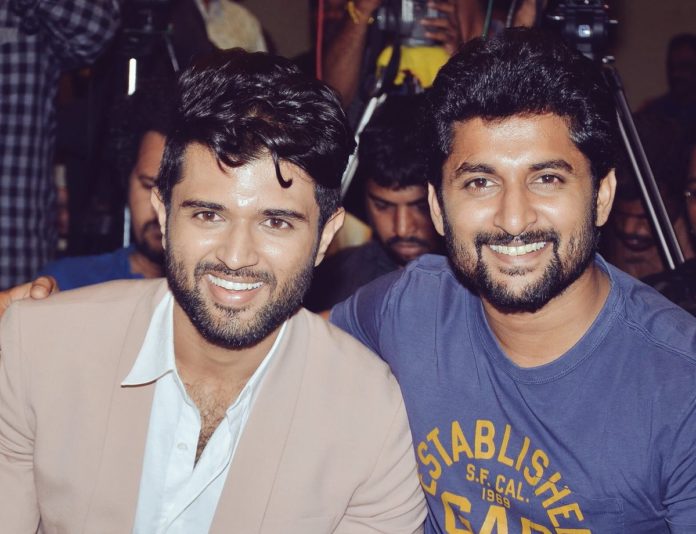 After Middle Class Abbayi (MCA), Nani had not had a big hit. Jersey wasn’t a hit and neither did it lose money either. So the upcoming film directed by Indraganti Mohana Krishna is very important for him.

To watch Nani’s films, the story has to be really good and strike an emotional chord with the audiences. If the film is a hit, people spread the word it is nice, the crowds will increase. The success of Nani depends on his films.

It is not the same with Vijay Devarkonda. Arjun Reddy has changed his status to a star, he has a cult following amongst the youth. Even if his films fail, he still will have a strong group that will root for him and that is the current generation. It is indeed a kind of insecurity for Nani.

Vijay who began his career as a second lead in Yevade Subraanyam is just not a successful hero but has more fan following than any star.