Etela testing the patience of KCR and TRS 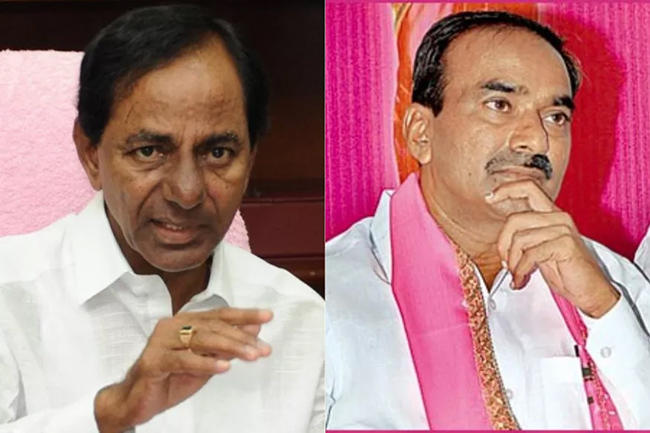 More than a month ago, Etela Rajender was sacked from his post at the Health Minister of Telangana, following cases filed on him, saying that he had captured the lands of people belonging to the SC, ST community, forcefully.

Just when KCR thought of dismissing Etela from TRS, Etela made an announcement that he was about to give in his resignation, stepping away from the party. As a result, KCR didn’t dismiss Etela from TRS yet. It’s been a week since Etela made this announcement, but he still continues to be an MLA under TRS.

Etela is currently touring the Huzurabad constituency, trying to lure candidates from the TRS to his side, and trying to connect with the people of the constituency. It is being said that Etela will be joining the BJP on June 14th, and if he doesn’t resign from TRS by then, KCR is said to be considering dismissing Etela from TRS, that very moment.

Once Etela joins the BJP, the Huzurabad constituency will go to by-elections, within a span of six months. KCR is also said to be making every effort to make sure that the TRS win the by-polls, and not Etela, despite Etela’s massive following in Huzurabad.