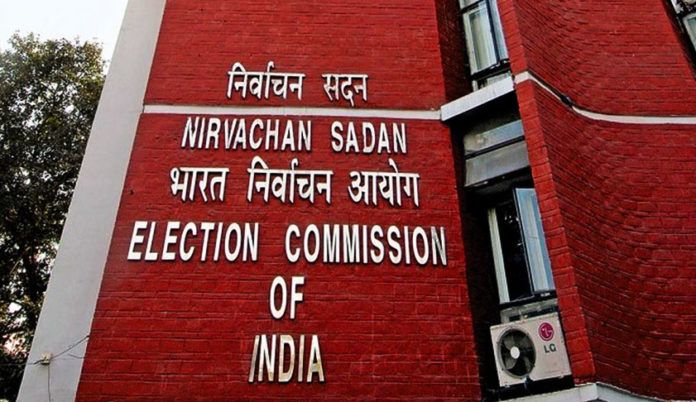 Election Commission has cracked the whip on AP government by directing the Chief Secretary to transfer out Director-General (Intelligence) A B Venkateswar Rao and the SPs of Kadapa and Srikakulam – Dev Sharma and Venkata Raman.

The EC had responded to the complaint lodged by the YSRCP delegation  expressing fears over miususe of police by the TDP during elections.

Following the directions from the EC, the state Chief Secretary had advised the officers to handover their respective charges to senior most official in their office with immediate effect, sources said.

The named officers would be attached to the police headquarters and should not be given any election-related work, the EC sources added.

Andhra Pradesh is having simultaneous Lok Sabha and assembly polls. All the 25 seats of Parliament will go for polling in the first phase on April 11.

YSRCP Chief Jaganmohan Reddy, who led a delegation and met the Chief Election Commissioner Arora, lodged  complaint against the government, how it is misusing the official machinery, especially the state police to tap Opposition phones and harassing them, besides illogically removing genuine voters from the official voters list.

In their complaint, they have named the DGP R P Thakur, ADGP-Intelligence A B Venkateswar Rao and DIG (Law and Order (Coordination) Gattamneni Srinivas, besides DSPs, who were promoted out of turn as well as inspectors, who are selectively posted.

However, the CEC had only responded in relieving the DG (Intelligence) and two SPs.