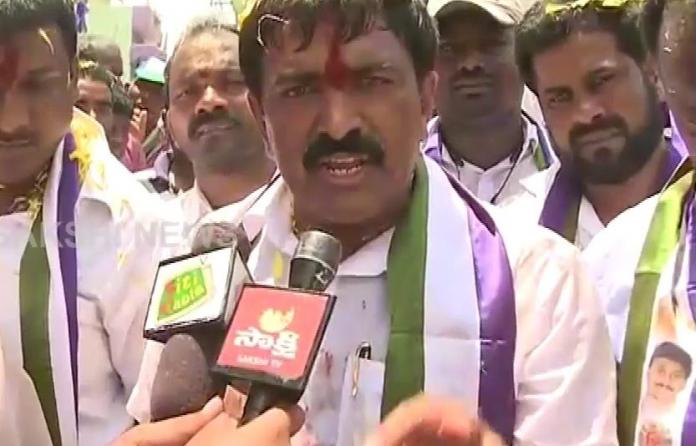 Ever since the YSRCP came to power, party leaders have not missed any opportunity to criticize TDP chief Chandrababu Naidu. Leaders like Kodali Nani, Ambati Ram Babu, are known for their dishonesty.

YSRCP MLA Dwarampudi Chandrasekhar Reddy, who represents the Kakinada constituency, also joined the list and excluded Chandrababu Naidu and Janasena chief Pawan Kalyan. He even went a step further and used hateful language on both the leaders making a bad name for the party. Talking about Chandrababu, the MLA said: That old jackal should not rise again.

He says that Pawan is a package star, and Jansenani only acts like a prostitute. These comments did not go down well with the sympathies of the Janasena as they called for a protest in front of the MLA’s house.

According to reports from insiders, Jagan called Dwarampudi and warned him to maintain dignity while speaking in the public domain. Allegedly, the MLA will not get any new posts soon.

Jagan reportedly told the MLA, This reflects your poor culture and will damage the party’s reputation.

If the MLA apologizes to both the leaders, then the situation may get a bit better, let’s see how the MLAs deal with it. With this decision, Jagan made a strong statement that those who use unnatural language by the party will not be encouraged.

Superstar Mahesh Babu is on a success spree. He is going great guns in his career with back-to-back consecutive films in the form of...
Read more
Movie News

Young Rebel Star Prabhas’s last outing Saaho turned out to be the biggest dud at the box office. There were many reasons behind Saaho's...
Read more
Movie News

Most people want to see film on digital platform. It was always risky but it has become more risky now for both producers, distributors...
Read more
Movie News

Usually, it is the mother who spoils the career of the heroines and very rarely we get to see fathers hovering over their girls...
Read more
Movie News

Covid-19 is showing its effect on every part of the country and all the state Governments are on huge economical crisis due to this...
Read more