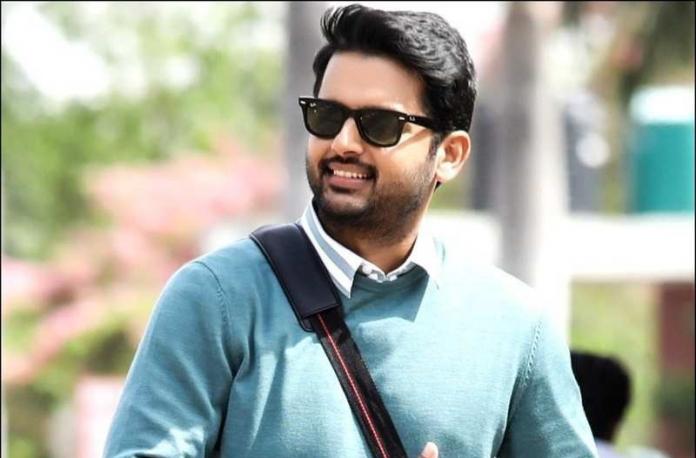 Young hero Nithiin has last scored three flops in a row. There is no release of his in 2019 but he came roaring back in 2020 with as many as 4 projects in hand. His latest film Bheeshma is up for release next week. The movie’s promos released so far are interesting and promising. Bheeshma has all the shades of a super hit entertainer.

Nithiin has also been shooting for his next Rang De in the direction of Venky Atluri who is known with films like Tholiprema and Mr. Majnu. Shooting of this film is progressing at a brisk pace.

Now, Nithiin has started shooting for yet another movie. Titled Check, this project is being helmed by Chandrasekhar Yeleti. Nithiin will be seen in the role of prisoner in the movie.

Apart from this project it is known that Nithiin has bought the remake rights of National award winning Hindi project Andhadhun which starred Ayyushman Khurrana, Radhika Apte and Tabu in key roles.

Nithiin will be reprising the role of Ayyushman Khurrana who is blind in the movie. Latest update is that Merlapaka Gandhi came on board to direct this remake. Shoot will start post Summer and might release towards the end of this year.