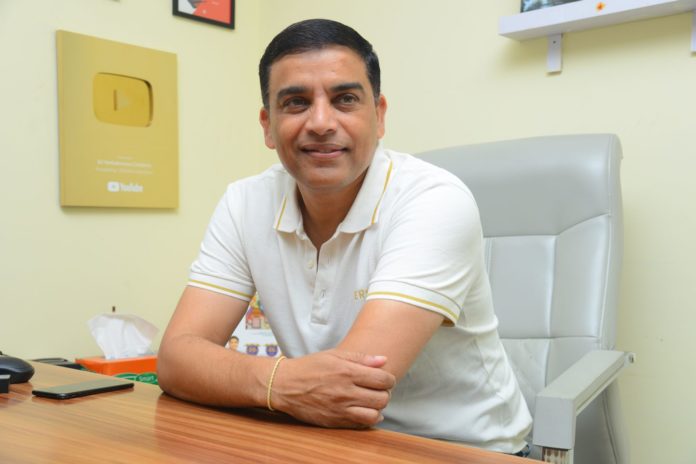 Ace producer who doesn’t like to remake films from other languages has now produced two films in a short span of time. Sharwanand, Samantha starrer 96 remake Jaanu is set for February 7th release. Now, Dil Raju has kept his focus on Pawan Kalyan’s re entry flick. Dil Raju has been trying for Pawan Kalyan from quite some time and finally his dream is coming true.

It is known that the duo have teamed up for Pink remake which is untitled currently. Shooting has been going on without any breaks. The news is that Dil Raju has recently confirmed Pink remake release date. We are looking for Mid Summer release is what he stated. From quite some time, there are rumors that this flick will release on May 15th and now with Dil Raju’s statement, the news got confirmed.

Nivetha Thomas and Anjali are playing crucial roles in the movie. Venu Sriram is the director. Pawan is looking to complete the film’s shooting by March. Promotions will kick start for the film from Ugadi.