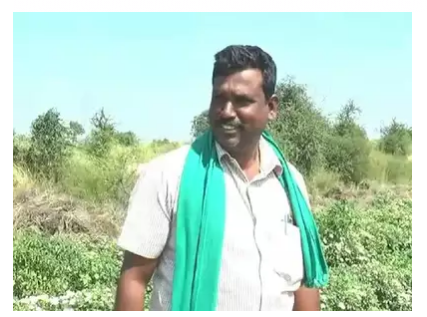 A Karnataka farmer took every advantage of the rising prices of onions and emerged as crorepati within a short time. Terming it as the biggest risk he had taken so far, Mallikarjuna, a 42 year old farmer took loan and sowed onion seeds. He produced 240 tonnes of onion when the price was Rs. 100 per kg.

While he expected Rs. 5 to Rs. 10 lakh of profit out of his Rs. 15 lakh investment, the profit he witnessed in real is something that he never expected. Mallikarjuna said that he cleared all debts and is also planning to build a house. Apart from his 10 acres of land, he took another 10 acres on lease to grow onions and hired around 50 labors for the same.

Since 2004, Mallikarjuna is investing on Onions and is witnessing magical profits almost every year. He had now become a celebrity in Chitradurga district for his timely and calculated risks. Many other farmers around the district are moving forward with the farming taking him as the inspiration.