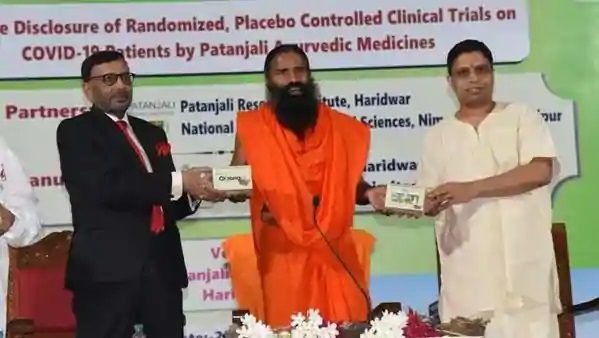 In ancient India Ayurveda is the main medicine which saved people’s lives. This tradition continued till the modern medicine came into picture. Few historical documents say that Ayurveda save people from various viruses in the past and Indian Government felt this to be the right time to prove the power of Ayurveda to the world.

Patanjali, which is the fastest growing FMCG company in India, pushed several western companies out of its way in health and wellness domain. Recently, Ramdev Baba revealed that a medicine named Coronil which they prepared using the Ayurveda technics is curing Covid-19. They further mentioned that the Coronil kits will be hitting the market soon. Ramdev Baba further included the clinically tested tag to his statement.

This raised the levels of expectation on Patanjali and the brand is now being talked all over the world. If it is true, it would push India’s Ayurveda to the next level. Unfortunately, seeing the current situation, it may not be the case. Soon after Ramdev Baba’s announcement, several organizations ordered Patanjali to submit the proofs and the documents. Ayush Department from the state of Uttarakhand finalized that the applications states boosting of immunity but nothing on Covid-19.

The clinical tests were said to be done on patients who were using another drug. So the result of the tests cannot be directly related to Coronil. All of this made people and few organizations to file FIR on Patanjali members and Ramdev Baba. If Pantanjali doesn’t prove its research, there is possibility for the entire brand to lose trust among people. Few people supporting Patanjali were saying that the competitors were playing this game to downgrade the brand value of Patanjali. As it is a life and death issue for Covid-19 patients, a detailed investigation on the Coronil and Patanjali may soon be done.