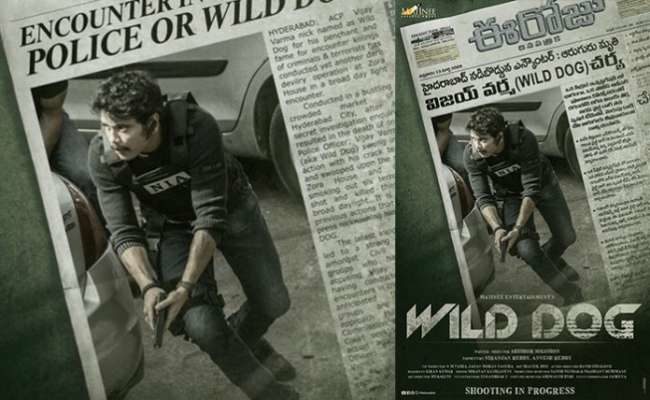 Akkineni Nagarjuna’s upcoming film Wild Dog shooting is progressing at a brisk pace. The film’s unit recently completed a crucial schedule in Mumbai and the team was supposed to fly to Thailand for 20 days schedule this week.

But the makers have postponed the Thailand schedule due to the Corona Virus effect. The makers planned to shoot non-stop and complete the film as soon as possible within a limited budget. But the plan has been changed now. Due to Thailand schedule postponement, the budget of the film has increased. Now, it is heard that the producer has been worrying about the sudden budget increase.

According to reports, the team is making plans to wait for a week and if the situation (Corona Virus) settles down, then the team will fly to Thailand. Otherwise, the makers are making plans to recreate the locations in Hyderabad.

Nagarjuna is looking for other options like moving to a European city or creating sets in Hyderabad even though that will mean the budget will increase. The movie is being directed by a debutant Solomon. In this film, Nag will be seen as an encounter specialist, ACP Vijay Varma. The movie is based on some real-event and is about an encounter that happened on the outskirts of Hyderabad.