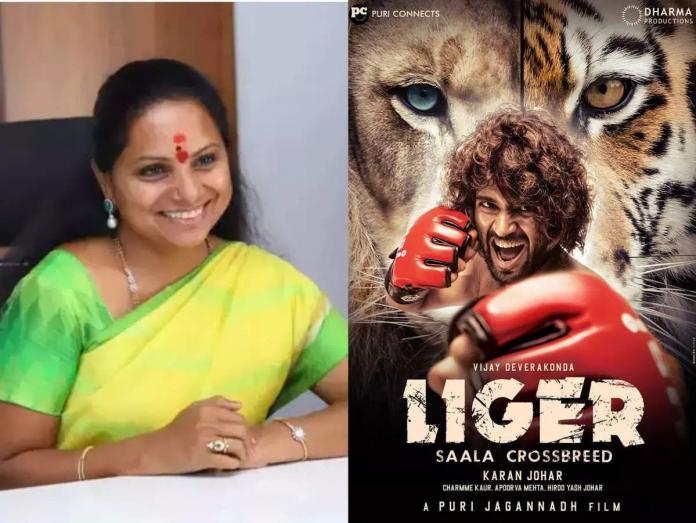 Telangana CM KCR’s daughter Kalvakuntla Kavitha has been in the news for all the wrong reasons lately. While the ruling party MLC is facing allegations that she had a share in the Delhi liquor scam, a Congress leader now alleged that Kavitha had invested her black money in the recently released film ‘Liger’, which starred Vijay Deverakonda in the lead role.

Telangana Congress leader Bakka Judson complained to ED and CBI that MLC Kavitha had invested in Liger and asked the production house to convert her black money into white money. It is said that if a comprehensive investigation is done, more aspects of Kavitha will come to light.

Speaking to the media on this occasion, Judson made serious allegations against Kavitha. He accused the daughter of CM KCR of investing in Vijay Deverakonda’s movie, which was released as a Pan India film. “The producers have revealed that the film has been made with no hesitation regarding the budget, the congress leader mentioned.

Judson also revealed that Kavitha held a meeting with the top producers in Telugu and gave instructions to make Pan India films with Vijay Deverakonda. Recently, she invited Vijay Deverakonda to her house and spoke regarding the same. “Who spent so many crores on Vijay and Puri Jagannath’s film, even if there are no hits? Who has such courage? This is not just our allegation. We have complained to ED and CBI to conduct a thorough investigation,” he added.

“In 2017, many Telugu celebrities were questioned in the drug case. Puri Jagannath and Charmee were also grilled by the officials. However, the celebs got a clean chit as the police failed to provide enough evidence against them. From then, Puri and Charmee developed a good connection with Kavita. That’s why no one cares, even if Liger flops,” Judson alleged. It remains to be seen how Kavitha reacts to Judson’s allegations. 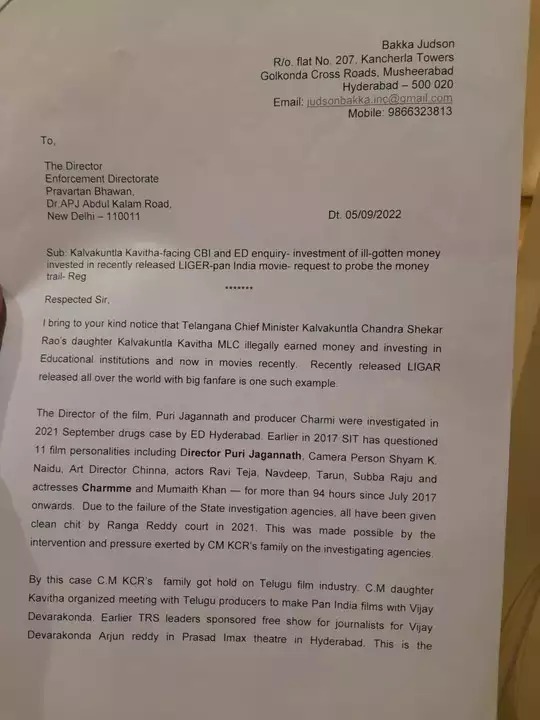 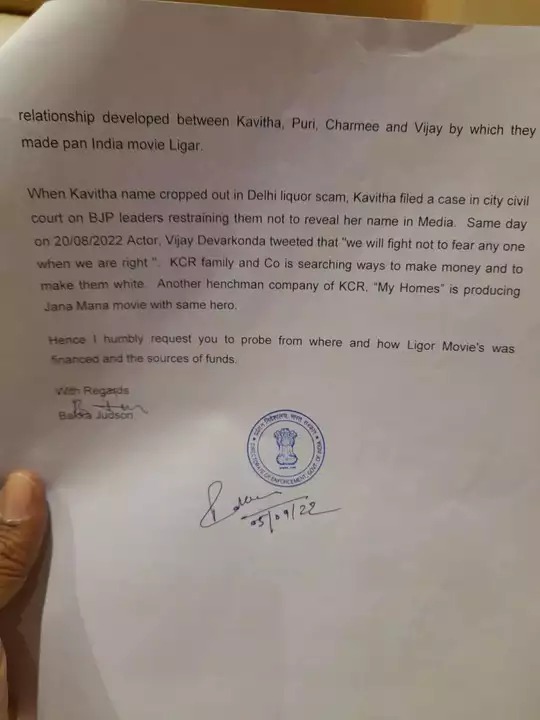