Chiranjeevi behind injustice to Ram Charan! 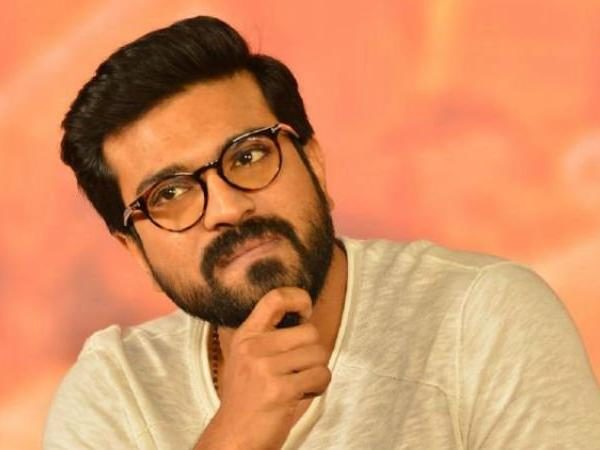 Ram Charan was heavily criticized for his kind of zero expressions on face in several films in the past like Evadu, Naayak etc. Several felt that Charan is unable to match up to the standards set by his father. On the other side, Allu Arjun is being received extremely well and has earned a seperate stardom for himself.

Worried over it, Charan then worked on his acting skills and shocked not only the mega fans but also the entire Telugu film industry, with the terrific performance in Rangasthalam. No doubt, it is the best work of the mega hero till date.

While many felt that the mega hero would easily be considered for the national award, shockingly, his name was nowhere heard in the list. Ayushman Khurrana for Andhadhun and Vicky Kaushal for Uri have shared the national award for this year.

As Chiranjeevi has political links with Congress, those politicians who are against him are intentionally trying to backstab Ram Charan, by lobbying with the awards committee, a few say.

However, if not awards, the mega hero has won numerous rewards for his stupendous performance in Rangasthalam from the audiences, which is more than any award. Isn’t it?

There was a time when multi-starrers were a rage. It was always a great treat for the audience to watch two star actors together...
Read more

There was a time when multi-starrers were a rage. It was always a great treat for the audience to watch two star actors together...
Read more
Movie News

While numerous Bollywood actors have taken up things like baking, hairdo etc by exploring their imaginative side in the lockdown stage, Varun Dhawan appears...
Read more
Movie News

Mother sentiment to be highlight of Sai Tej’s next

Mega hero Sai Tej who has found his lost mojo back with back to back hits last year is now playing lead role in...
Read more

Lockdown 5.0 : Here are the Key Elements

India relied heavily on the Lockdown soon after hundreds of cases were reported within a span of a week in mid-March. After issuing some...
Read more
Political News

The YSR Congress Party being led by Jagan Mohan Reddy is using every opportunity to trouble the TDP Chief and the former Chief Minister,...
Read more
Political News

The High courts of both Telugu States are extremely disappointed with the way the two governments are behaving in their own states. Both YSRCP...
Read more
Political News

While Chandra Babu is planning the Mahanadu with full josh, YCP is ready to complement the CBN's grand entry with an unexpected gift. Yes,...
Read more
Political News

The procedure of selling TTD lands has created enough storm in Andhra Pradesh as this week’s politics revolved around this issue mostly. The YSRCP government was...
Read more

No much threat to Telangana from swarms of locusts now!

Recently the locusts problem in the country has wreaked havoc in the least expected way. This has made agricultural officials to be more vigilant...
Read more
Photo Gallery