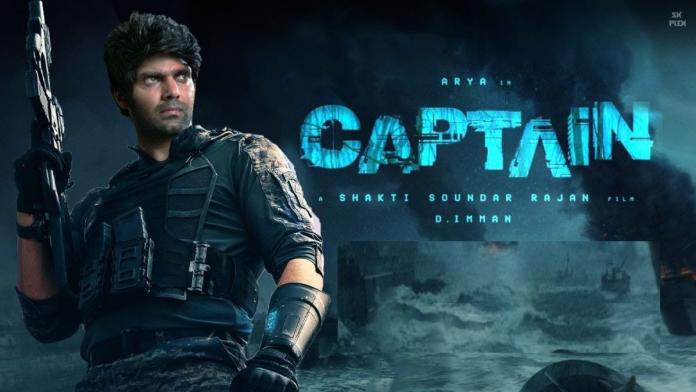 Set in Army base camp backdrop, the film revolves around mysterious events caused by a creature at Sector 42 in Himalaya region. To track it, military brings on board a team led by Vijay Kumar( Arya). What is the main story interconnected with Sector 42? Role of the creatures ? Will the military team able to crack the mystery, forms the crucial crux of the film.

Arya did his part decently. His physical makeover for the army officer role is good. His screen presence is fine and bring depth to a couple of scenes.

Noted actress Simran is okay in her role as scientist. Aditya Menon and other artists who played key roles as military team are good in their respective roles.

Aishwarya Lekshmi and Harish Uttaman are okay in their key cameo roles. Kavya Shetty is fine as a lady army officer.

Director Shakti Soundar Rajan’s core idea of exploring the human impact on the changes in our nature is good and even taking army backdrop to present it is fine but interlinking the concept with creatures in forest region is not executed on a satisfactory note.

Music by D Imman is a total disappointment. Except for one situational montage song in the first half, D Imman’s music composition especially his background score is a big letdown.

The graphics and VFX work is done badly. The cinematography work is decent but would have been much better. Editing is dull.

The production values for this limited budget movie are okay.

In an overview, Captain is a sci-fi drama that has a good point but the director struggled to execute it in a proper manner. Though Arya and other artists gave a decent performance, the cliched narrative dilutes the proceedings.

Previous articleInside News: Chiranjeevi’s final verdict on Godfather final cut
Next articleTitle & FL of Bellamkonda Ganesh’s next on this date