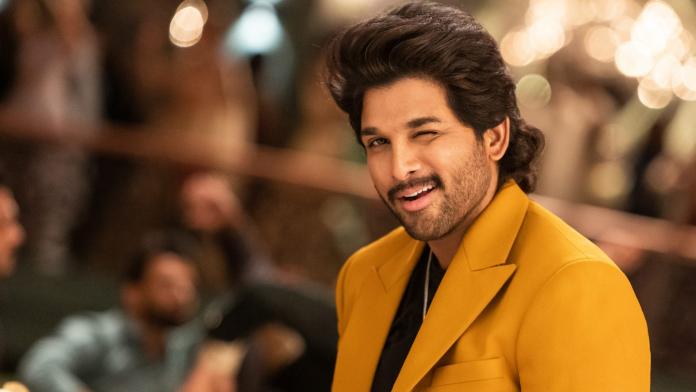 Watching films is an integral part of Telugu people during Sankranthi festival. But what is a proper festival film? Can a movie have enough drama for families to relate? At the same time, can it have enough action scenes to excite the youth audience? Can the film have a convincing romantic track and pleasant songs? Can the same film have punch lines and comedy sequences that mostly work? If the film ticks all the above boxes, will it have a good plot? If you’re searching for that ‘perfect’ festival film, Stylish Star Allu Arjun’s Ala Vaikunthapurramuloo comes the closest.

The film successfully released on Jan 12th, but, when I tried to book tickets, all the tickets got booked everywhere in less than a minute. Everything got booked. That’s the aura of AVPL. Friends called me and asked me for a ticket (Even they offered me a small party in the KFC). But, I myself wondered how am I going to watch Ala Vaikunthapurramloo. Before the last minute, it became a hardship to get a ticket for AVPL. Anyway, I finally got a ticket for AVPL. I travelled for almost 15 kms to watch the film at (7:30 AM) in the bone-chilling cold.

When I heard that Allu Arjun and Trivikram are set to team up again for the third time for Ala Vaikunthapurramloo, it was like eating delicious Gulab Jamun with vanilla ice cream. Awesome combination; tasteful to the palette. Bunny, I am glad that you have teamed up with Trivikram sir. As you both earlier created wonders with two films (Julayi and Son of Sathya Murthy) that gifted an eye-feast to audience eyes, kindled our emotions, blended into our minds and remained forever in our hearts.

Before digging more about Ala Vaikunthapurramloo success factors (Which we will discuss more in the next article), let’s consciously analyze Bunny’s acting, which won millions of hearts.

Allu Arjun fitted perfectly into the shoes of Buntu quite comfortably, and the character seems tailor-made for him. He’s terrific in both well-choreographed action scenes and the emotional. The stylish and intense action scene in the harbor that’s not just innovative, but also high on entertainment. The fight sequence alone is a testament to why Allu Arjun is called Stylish Star.

A levelheaded individual with equal love for his family and also the stars on his shoulders, Allu Arjun has carefully picked up a story. Twitching of his mannerisms to giving it back to the villain in style, Allu Arjun has brilliantly worked on his advantages. He also scored in comedy and his power to look intimidating while encountering a baddie broken cliches. Allu Arjun’s stylish mannerisms (if you have noticed) brought in a different flavor to his character.

Allu Arjun’s acting in Ala Vaikunthapurramloo belonged to a standard that deserves praise. A loving and responsible son, a fearless common man, and of course a romantic lover, Bunny showed variety and commitment. Even when he is portraying a role on the screen, we may feel like watching one of us do something awesome and that gives all the fans a great adrenaline rush and excitement to watch him. People love personalities that resemble them. Bunny can be boldly pointed out as one actor in the present generation who can connect with most people. When Bunny got emotional in the film, the audience also got teary-eyed and stuck to the chairs.

I am short of words to describe Bunny’s energy that he carried throughout the film. Especially, the stylish dance steps became a rage among the audience! His energy and flexibility on the dance floor are impressive and while he is dancing on the silver screen during the film, none of his fans sat on the seat. Everybody, even a three-years old kid also started dancing along with them.