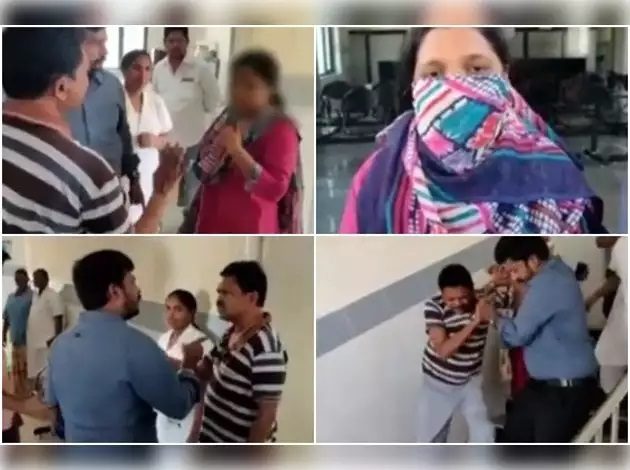 No matter how many laws are being brought, it seems like the harassment on the women does not stop. Now another such incident came into light in the Nellore district. The doctor who has to serve the public asked a nurse for the ‘room service’.

In Nellore district’s Udayagiri government hospital, a doctor named Ravindranath Tagore called his staff nurse after reaching home from duty. He asked her for an Omelet.

The nurse out of courtesy told that she would make one and send it through one of their employees. But, the doctor insisted her to bring the Omelette herself.

The nurse went furious and did beat the doctor and handed him to the police. The higher officials are investigating this incident and Ravindra had a history of sexual abuse and was suspended a few years back.

Russian's answer to Covid-19, Sputnik-5 is getting heavy demand all over the world. Around 20 countries have placed their orders for this vaccine. As...
Read more

Chiranjeevi and Ram Charan prepping up for mock shoot?

Megastar Chiranjeevi is all set to join the sets of Acharya along with Ram Charan, who is playing an extended cameo role in the...
Read more
Movie News

Dr. P Ramesh, the main accused in the Swarna palace Mishap was served notices from the Vijayawada Police and he has to appear before...
Read more
Political News

Social media celebrities have often been in the centre of news for all the wrong reasons. The model-turned-entertainer Poonam Pandey never fails to grab...
Read more

Kings XI Punjab lost their first game to Delhi Capitals in a whisker. The team had a fair chance to taste the victory, but...
Read more
Movie News

Chiranjeevi and Ram Charan prepping up for mock shoot?

Megastar Chiranjeevi is all set to join the sets of Acharya along with Ram Charan, who is playing an extended cameo role in the...
Read more
Sports