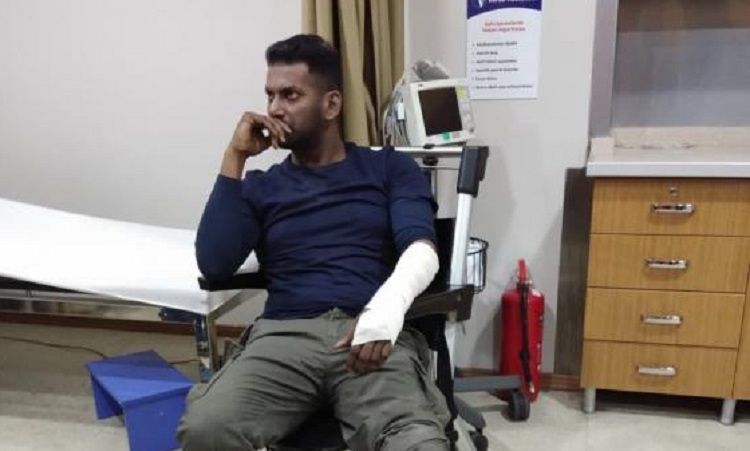 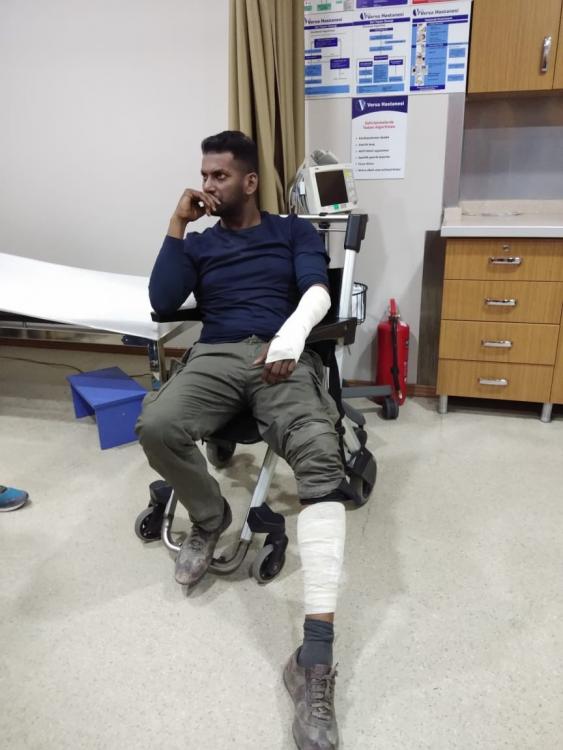 Tamil hero Vishal who flew to Turkey for a movie shoot has met with an accident. A picture featuring Vishal with a few injuries over his hand has gone viral now.

Tamil actor Vishal is currently acting in a movie under Sundar C’s direction. The movie team had recently flown to Turkey to shoot for a few action scenes and important sequences. Vishal was apparently shooting for a high-octane action episode on a bike when the accident happened.

As per the reports, Vishal was injured after he fell off from the ATV bike. He was immediately rushed to the hospital. A photo of him has been doing rounds on the internet now. Vishal has got a bandage wrapped around his hand. The reports suggest that there were no injuries apart from that. We hope the actor recovers soon.

Tamannah Bhatia is to be seen sharing the screen alongside Vishal in this movie. Vishal got recently engaged with a girl named Anisha and the couple is to tie the knot soon.