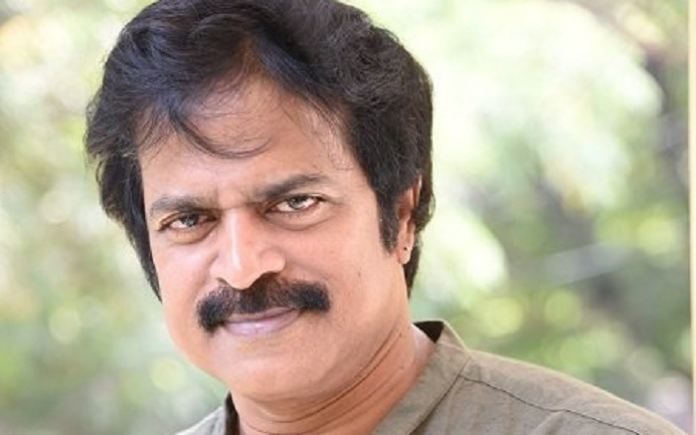 Brahmaji gets free publicity for his mindless outburst and this time he uses heroines as his subject. There is a saying in Telugu that if the right hand does charity, the left hand shouldn’t know and well, many people who don’t believe in publicity follow the principle. There are others who feel by donating money, they will inspire others to follow.

Telugu film industry has always been collecting funds when ever there is distress in the twin states, some have been doing it openly and some silently. Brahmaji now comes out and lashes at heroines for not donating. Firstly, this man has donated 75 thousand only. He has been here in the industry for donkey’s years.

For his stature, experience, seniority and number of the years in the industry he spent and worked, he should be donating much more. Secondly it is none of his business to comment on actresses and their unwillingness to donate. Even if they do, do they need to publicise it?

Every person has their financial commitments, they would be giving money to their workers, staff or for that matter anyone without any publicity; even if they don’t it is their wish. Brahmaji has no right to be judgemental on their character and what they do with their earnings. This man gets free publicity because he has a journalist friend in Deccan Chronicle.

This journalist he or she writes on him and Rao Ramesh every week and gets free gossip and information of Telugu film folks in return for the favour. Instead of talking about heroines, he should be taking a jholi and collecting funds for Covid19 victims and the government or just think about what to do with his son’s non happening career.

The Tirumala Tirupati Devasthanams (TTD) decision to dispose of non-remunerative properties has kicked up a controversy with the entire Opposition taking objection to it. Actor...
Read more
Political News

Whatever may happen in the future, it is Nara Lokesh who will handle the party after the TDP Chief Nara Chandra Babu Naidu, being...
Read more

After the COVID-19 pandemic shook the whole world, many astonishing facts were revealed about the Novel Coronavirus which belongs to the deadly SARS family....
Read more
General News

In order to amp up the bulk production on large scale, a vaccine created by Pune's Serum institute is at present being developed at...
Read more
Political News

The Tirumala Tirupati Devasthanams (TTD) decision to dispose of non-remunerative properties has kicked up a controversy with the entire Opposition taking objection to it. Actor...
Read more
General News

Apart from 55 passengers who boarded the Mumbai-Haridwar ‘Shramik Special’ train who were diagnosed with positive for covid-19, 32 more passengers were later identified...
Read more
Photo Gallery