Exclusive: Boyapati srinu in talks with Jr NTR for a cameo role in #BB3! 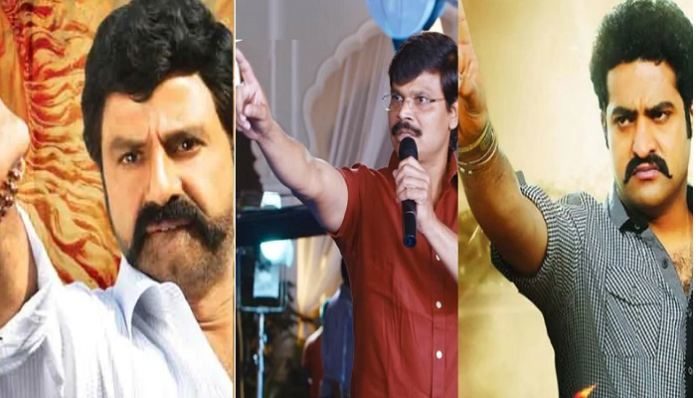 Rumour mills are abuzz that director Boyapati Sreenu made a lot of modifications in #BB3 script recently and has been in brainstorming discussions with Balakrishna.

Reportedly Boyapati is eyeing to pull in a young actor in a powerful cameo role in the film as it forms the crux of the story with a flashback episode. Earlier the makers assumed that actors like Kalyan Ram, Naga Shaurya, and Bellamkonda Srinivas would fit the bill. But now, interestingly Boyapati is in talks with Junior NTR for the came role.

However, Tarak has not yet given a nod to the role. If agreed, it would be a visual treat to Nandamuri fans as they would get to witness both Tarak and Balayya on one screen like never before. Isn’t this a good news!?. Hearsay is that although actress Sneha has been finalised, the director is in search of a young actress to seal the deal for the very reason.

Despite getting ensnared in the troubled times, the director is now planning to recommence the shoot after the confirmed changes in the next month as it has been on a back burner.

‘Miryala Ravinder Reddy would produce #Bb3 in a grand budget while Thaman will proved the music. The film is anticipated to hit the theatres by next summer.