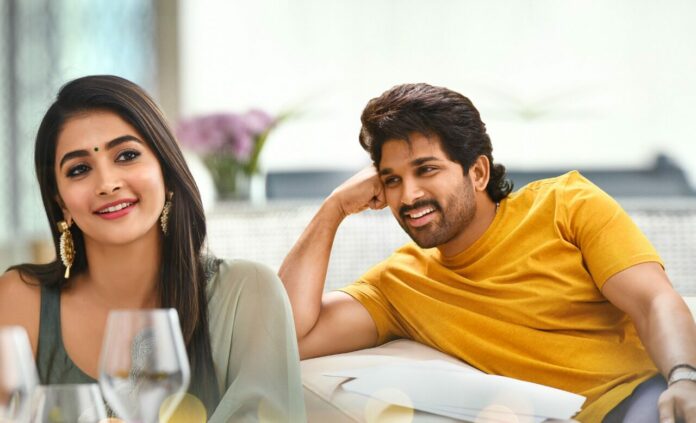 Stylish star Allu Arjun’s ‘Ala Vaikuntapuramlo’ has set the box office on fire on its opening day itself. The film opened to mostly positive word-of-mouth for its overall comical treatment and drama, Allu Arjun dance moves, Trivikram mark dialogues.

Moreover, a couple of days back, there is news that Bollywood ‘Kabir Singh’ producer Ashwin Varde had offered Rs 8 crore for the rights of Allu starrer film and he might remake the movie. But according to the latest update, his offer has been rejected!

Yes, Allu Aravind and S. Radha Krishna, who bankrolled Ala Vaikuntapuramlo is planning to remake the film in Hindi too.

Now, the latest grapevine is that Bollywood superstar Salman Khan is showing interest to feature in the Hindi remake of Ala Vaikuntapuramlo and to step in Allu Arjun’s shoe. It remains to be seen whether Allu Aravind cast in Salman Khan or any other actor.

It must be recalled here that Allu Aravind bagged rights of Nani starrer ‘Jersey’ and Shahid Kapoor will reprise Nani’s role.